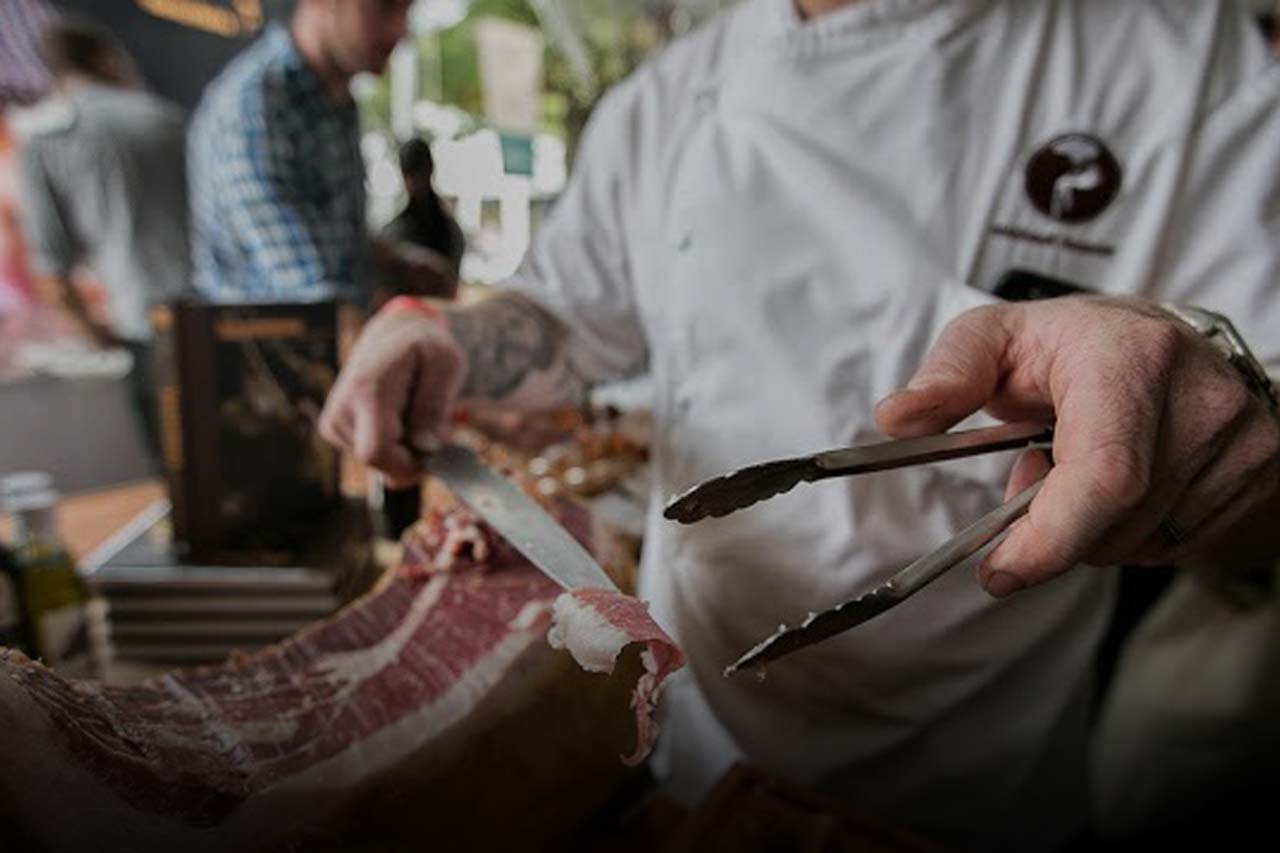 Exciting news on the social media and food fronts! Today Twitter launched @TwitterFood, a dedicated account that sifts through the thousands of food-related content shared on the social network and shares a curated selection of posts from the general public and food personalities including Mario Batali and Alton Brown. While I follow thousands of folks […]

Exciting news on the social media and food fronts! Today Twitter launched @TwitterFood, a dedicated account that sifts through the thousands of food-related content shared on the social network and shares a curated selection of posts from the general public and food personalities including Mario Batali and Alton Brown.

While I follow thousands of folks on Twitter, I do see a lot of junk food tweets. It’s great to see the best of the best come through in one handle, and probably it could drive people to tweet more enticing tweets than a random self-promo posts, which I’m guilty of doing. Here we go, I’ll step up my food tweet game. I’m hoping one of my foodie tweets from my foodie account, @deeCuisine, will get picked up so I can have a Twitter moment of fame.

In addition to @TwitterFood, Twitter also has other curated feeds – @TwitterMusic and @TwitterSports.

The Tech Munch conference hit the streets of New York and shared insights from both the bloggers and brands on how to work together and how to succeed in the social media space. Here are the top 3 things we’ve learned from Tech Munch.

Last week, we had the pleasure of attending the Tech Munch conference in New York, where food bloggers, writers, editors, foodies and brands unite to learn about the ins and outs of food in the social media space. (And get to enjoy good food and check out a cooking demo or two. Perks!)

The relationship between food and social media is getting stronger and bigger than ever before. We previously wrote about the growing trend of food trucks and how they utilize Twitter to build their voice and communicate directly with their consumers. With events such as Tech Munch show how the two are becoming more and more intertwined.

At Tech Munch, panelists including Food Network, Bake Space (founder and organizer of the conference), Martha Stewart Living, J.M. Hirsch of The Associated Press and more stopped by to talk directly with bloggers about best practices, trends and how to survive in the social media age.

Above: A cooking demo with Alejandra Ramos of Always Order Dessert…and the delicious results.


With a whole day of discussions, there are 3 key things we’ve learned:

This was a topic that was brought up multiple times: Get to know your bloggers. All you have to do is read their blog since they typically share their personal experiences and latest finds.  NEVER start an email with “Dear Blogger” or “Dear Miss or Sir,” because they will immediately hit the delete button or – even worse – the SPAM button. Make sure you have an understanding of what they are writing about, and approach them with your product accordingly. If you’re not sure, it doesn’t hurt to ask; they are human after all. The more personal you are in the approach, the easier it will be to form a relationship for potential partnerships.

Before you start your blog, make sure you have a clear and concise plan and a voice you want to portray to the public. The one piece of advice that holds true is to find your specialty and create a niche. When editors are looking for sources to cover a new trend, they are looking for those that specialize in that specific category. Make yourself stand out and become a brand so that they can come to you as an expert.

Pinterest is still on everyone’s lips and is growing rapidly. It allows the user to showcase his or her personality and ideas through imagery, and the perk is that the pins drive traffic back to the original source. Kate Gold, Social Media Director of Food Network, discussed how they share recipes, beautiful food images and even have curated boards from the community that dictate trends, such as comfort foods. Pinterest adds an element to your site and/or blog and allows the user to get a better picture of your personality and voice.  Do you have to be on all platforms to appeal to everyone? No, but get to know your audience and where they are and you can decide from there if it’s the right move for you or your brand.

Serving up mean meals on wheels is a big trend in the food industry. With the growing population of food trucks, some of them are taking advantage of Twitter to interact with their customers and we’re sharing our top five picks!

We think you’d agree that in the past 2 years there has been a growing population of gourmet food trucks, and it’s just by seeing them in your neighborhood.  We’re fans of getting gourmet bites on the go and really like the fact they take the stigma out of the term “street meat.”  Although, not gonna lie, they can also be tasty after a night out (just sayin’).

With that being said, there are food trucks that use social media marketing to their advantage. Sharing their whereabouts, promotions and just plain old engaging with foodies on Twitter.  Not only making it fun to eat when you visit them, but also fun to watch the personalities behind the truck come alive on Twitter.  Allowing them to build a relationship with consumers and even build a new following through word of tweet.

Here are our top picks for tweeting food trucks to follow as great examples of building a brand voice and serving up great food and customer service on Twitter.

Known for their delightful treats, Ben & Jerry’s offers fun flavor mixtures and unique names (remember the headliner Schweddy Balls?).  Their food truck is currently on a US tour serving up free offerings of their new Greek Frozen Yogurt flavors based on your tweets, using “FREE Ben & Jerry’s Greek Frozen Yogurt! Please bring #omgfreebenjerrys to me!”  To explain the example given, this tweet was on Shakespeare’s birthday, and in his honor, Ben and Jerry’s decided to tweet Elizabethan ice cream quips for the day. To eat ice cream or not to eat ice cream, that is the question.

Known for dishing out mouth watering fresh lobster from Maine onto buttery rolls, Redhook Lobster Pound has trucks in both DC and NY.  When you have great food, doesn’t it come along with great conversation?  That is exactly what’s going on with Redhook Lobster, only via Twitter.  They not only share the locales of their DC and NY trucks but apparently like to work to James Brown.  Not to name names, but some people in our office like to listen to 98 degrees (not it).

Wafels & Dinges takes Belgian waffles to the next level, offering a variety of toppings to select or by choosing one (or two) of their concoctions on the menu.  We love how they not only engage with their customers, but offer unique ways for customers to receive a free dinge.  Where am I?  Can we have a dinge now?

You may recognize the men behind Korilla BBQ from Food Network’s The Great Food Truck Race, and boy, do they serve up some mean Korean BBQ.  The grillmastas have recently made the 30 Under 30: NYC’s Hottest Up and Comers and have big personalities to go with it.  They share a behind-the-scenes look on Twitter along with news and updates on their whereabouts.  Note to self: Don’t get caught sleeping during meetings or it will just go viral.

Due to the popularity of Big Gay Ice Cream truck for not only serving amazing ice cream cones with over-the-top toppings but also for their bold personality in person and on Twitter, they opened a shop in the East Village last summer.  Just by reading  their tweets, you can’t help but feel as though you’ve known them for ages.  If you’re lucky to catch them at the right time, you can even see the fun back-and-forth banter between them and Travel Channel‘s Anthony Bourdain, along with his wife Ottavia. 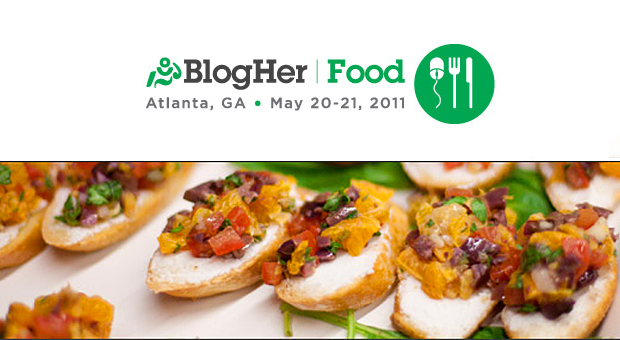 This weekend I attended the BlogHer Food conference in Atlanta. I came to the conference to learn more from about food blogging from the agency-side and from a blogger’s perspective, as I write my own food blog. It was a breath of fresh air to step away from the agency side of things and meet […]

This weekend I attended the BlogHer Food conference in Atlanta. I came to the conference to learn more from about food blogging from the agency-side and from a blogger’s perspective, as I write my own food blog. It was a breath of fresh air to step away from the agency side of things and meet with other bloggers to discuss food, recipes and techniques, as well as building a network of friends. I told a couple of colleagues that this conference felt more like a community than a place to network and find leads.

Search Engine Optimization
This SEO session offered great tips on how to optimize recipes without sounding like a robot.

The closing keynote was inspirational, motivating, and the perfect way to end a conference with these key takeaways, which can be applied to anything beyond a food blog:

My favorite quote from the BlogHer Food conference comes from David Leite. “You [food bloggers] are some of the most powerful people in media right now. The first time a blogger posted a recipe from my site I flew into a fury. I wanted to bring out the lawyers I was told very quietly by my publisher — don’t annoy the bloggers. They are too important. But don’t abuse your power. You can use it for good or you can use for evil. You can be seen as great, or you can be seen as skanks.”