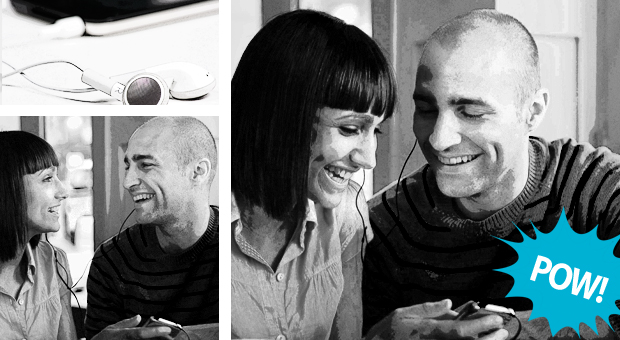 I’m a guy with admittedly niche tastes, and I really love the stuff I love. I’m at the comic book store every Wednesday (usually Manhattan Comics, located just a few blocks away from the Flightpath offices) to check out new releases, and there’s always a graphic novel in my bag or on my nightstand. (Currently, […]

I’m a guy with admittedly niche tastes, and I really love the stuff I love. I’m at the comic book store every Wednesday (usually Manhattan Comics, located just a few blocks away from the Flightpath offices) to check out new releases, and there’s always a graphic novel in my bag or on my nightstand. (Currently, I’m reading the Star Wars: Legacy trades and the Deadpool ongoing series collections. I highly recommend both. Yes, I’m a huge nerd. Please don’t judge me.) I also love comedy, having been raised on a diet of SCTV reruns and Turkey Day marathons of Mystery Science Theater 3000. I’m a hockey addict, going to as many New York Rangers games as I can, and wearing my schnazzy new Heritage Jersey at every opportunity, while at the same time hating the New Jersey Devils with every fiber of my being. It’s a good life.

I like to talk about the stuff I like, or even better, listen to other people talk about the stuff I like. The biggest problem for a guy like me, however, is that there are no mainstream outlets for that to happen with my niche hobbies. There’s nothing close to comic book talk on the radio or television and probably never will be. Comedians are all over the media, but rarely do I get to hear them improvise without a filter, or speak, long-form, about who they are and what they do. Even with hockey, the coverage on local talk radio stations like WFAN is minimal. In the local papers, articles are banished to the back pages of the Sports section. So, if I want to hear actual human beings dissecting and exploring the things I love, where am I to turn?

Enter podcasts. Podcasts, for those who don’t know, are downloadable MP3 audio files (occasionally video), almost always free, that can be played on your computer, iPod, or essentially any device that plays MP3s. And what they’ve evolved, and seemingly settled into being, is niche radio made at home. If you want to hear someone talk about it, chances are, there is a podcast covering it. And unlike public access television, which for the most part, has brought us nothing but junk (and in the best case scenarios, weird junk), podcasts can actually be pretty excellent.

I first discovered podcasts through a fellow comic book fan, who suggested I check out a show called Around Comics. Hosted by a few friends and recorded in their local comic shop in Chicago, these guys were smart, witty, and spoke the language I knew. They weren’t afraid to say what they didn’t like, what they loved, or to disagree with each other. Moreover, they featured tons of in-depth interviews with comic book professionals, including controversial writer/artist John Byrne, legendary Silver-Age creator Carmine Infantino, and future all-time great, Goon creator Eric Powell. These names may mean nothing to you, but they mean a lot to me and others, and the result is a true emotional connection between audience and product that is essentially impossible on modern radio.

I won’t bore you with all the details, but the same holds true for comedy and hockey podcasts I later found. Marc Maron’s WTF podcast delves into the comic’s own personal life with brutal honesty, and he gets his interview subjects (comedians, comedy writers and directors) to open up about almost anything. There’s also the Pop My Culture podcast, more light-hearted than WTF but still very smart, in which hosts Cole Stratton and Vanessa Ragland deftly mix serious discussions about craft with very funny riffs on just about anything with their guests (see the Bob Odenkirk and RiffTrax episodes for proof). For hockey, I turn to the NYRangerscast, hosted by a couple of knowledgeable young fans who adeptly express all the joy and pain every Rangers fan feels through the course of a season, as well as the insightful Puck Podcast, which features highlights and clips from around the NHL.

Now, why should this matter to those of us in digital marketing? Most successful podcasts end up being sponsored, and anecdotally at least, I submit that podcast sponsorships are a great opportunity to reach target demographics. Through Around Comics, I discovered InStockTrades.com, which offers incredible discounts and packs each book—even the dumb Thundercats trade I ordered—like it’s the most valuable thing on earth, not to be damaged under any circumstances. (This shows that they know and care about the needs of neurotic comic book fans like myself. I will be a customer for life.) But larger businesses can find value in sponsoring podcasts, too; companies like Audible and Netflix have sponsored Around Comics and WTF. When I hear their promos (read live by the hosts), and see that they are supporting something kind of underground and kind of off-the-grid, like a comic book or comedy podcast, it makes me think, “They get it. And they’re helping something exist that could not exist anywhere else.” It changes my perception of them as a nameless, faceless corporation. Suffice to say, I’m a Netflix subscriber and consider Audible one of the good guys.

The New York Times recently took notice as well, highlighting the mega-popular This Week In Tech (or TWIT) podcast hosted by Leo Laporte, which receives a quarter million downloads each week. According to the article:

“Advertisers, especially technology companies, appreciate Mr. Laporte’s reach. Mark McCrery, chief executive of Podtrac, which is based in Washington, and measures podcast audiences and sells advertising, said TWIT’s advertising revenue doubled in each of the last two years and was expected to total $4 million to $5 million for 2010.

This is great news for successful podcasts, but even better for advertisers.  Ad rates may be higher, but advertisers, some of which are huge corporations, know that they’re getting an audience that’s interested in their specific product. Indeed, TWIT counts Ford as one of its many sponsors.

Podcasts, ultimately, fill much-needed gaps: they give us the chance to be our own talk radio program managers, letting us choose what we would want our own station to be. They tell you that there are other people out there who love the same stuff you do, which, to put it simply, means a lot. Because of this, the bonds between show, hosts and audience are that much stronger, no matter if the podcast is recorded in someone’s kitchen or in a studio; thus, sponsorships seem more honest as a result. And there’s also the fact that, in most cases, podcast listeners find the shows they love on their own. They’re not being advertised and they’re not being sold to you. You find them on your own terms, you give them a shot, and you choose to subscribe or check back in. And the emotional connection created, because you found something that isn’t cynical and speaks to who you are, is real.

So, try a podcast—whichever it is, I promise not to judge. (Unless it’s about something I don’t like. Then, woo-boy, are you a weirdo.)