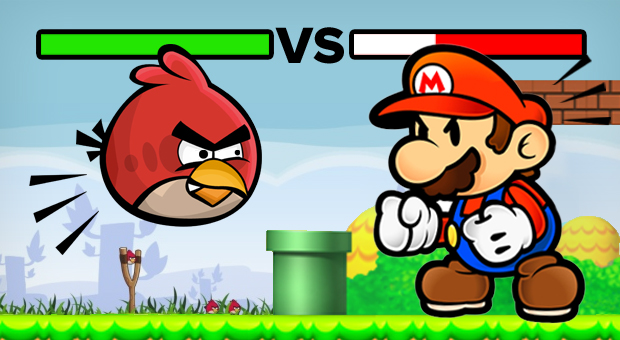 For a long time, video games existed on the outskirts of acceptable pop culture. First, with the NES and Genesis, games were considered as something just for kids: simple, colorful, dumb entertainment. Then, with the introduction of the PlayStation, things started to change. Games were growing with gamers, featuring more complex stories, realistic sports titles, […]

For a long time, video games existed on the outskirts of acceptable pop culture. First, with the NES and Genesis, games were considered as something just for kids: simple, colorful, dumb entertainment. Then, with the introduction of the PlayStation, things started to change. Games were growing with gamers, featuring more complex stories, realistic sports titles, and the market was getting bigger and bigger. But there was still one major issue facing video games: it was mostly dudes playing. But in 2006, Nintendo destroyed gaming’s biggest barriers – complicated controls and the negative perception that video games are a solitary experience only to be enjoyed by guys in basements – with the Wii. Using motion controls and packaged with the all-ages co-op romp, Wii Sports, the Wii made it safe for women, parents, grandparents, and pretty much anyone to play video games. But maybe even more impactful than the Wii in gaming’s evolution and acceptance is something no one saw coming: mobile touch phones and their killer gaming app, Angry Birds.

For those still somehow unaware of what Angry Birds is, here are the basics: it’s a physics puzzle game, in which the player, through use of the touch screen, launches birds via a slingshot at the increasingly complex fortresses protecting green pigs who’ve stolen the birds’ eggs. It’s up to the player to figure out the right angle, speed and arch at which to launch the birds in order to destroy the fortresses and egg-poaching pigs. It’s funny, it’s fun, and the numbers are mind-boggling. According to Electronic Gaming Monthly, Angry Birds has sold over 30 million units for the iPhone alone, over 100 millon across all platforms, and earns 200 million user minutes each day. And it’s not just guys playing. It’s hard to find anyone with a smart phone, no matter his or her age, without it. But why did Angry Birds reach this level of success where others – including gaming’s biggest developers – failed, and what does it mean for the future of gaming?

Like all other video games that have seen crossover success, such as Tetris, Pac-Man and the aforementioned Wii Sports, Angry Birds nails the essentials: simple premise and simple yet intuitive controls. (To give credit where it’s due, Nintendo saw the value in touch screen controls early with the 2004 release of the Nintendo DS, and with titles like Brain Age, they did try and make games that appealed to a broader demographic, but never really saw this level of buzz.) There’s also the magic price point (Angry Birds has a starting price of just .99 cents). But perhaps the biggest key to its success is platform. The iPhone and other mobile devices have turned out to be Trojan Horse video game machines. Even with all the barriers Nintendo broke down with the Wii, there are still millions of people who have no interest in gaming or would ever dream of buying a video game system. Yet everyone needs a phone, and most non to casual gamers ended up buying a powerful gaming device with the iPhone, Android, and other touch phones, and they didn’t even realize it.

Now, the pressure is on Nintendo and Sony, video game’s two main players in the portable gaming business, to try and compete with this new gaming form and platform. Sony has already announced that their next PlayStation Portable (PSP) will be available with phone functionality. But will its traditional style of games find Angry Birds-level success, and will shorter, more casual games, be accepted on something branded “PlayStation?” Nintendo just released the 3DS, a true wonder of technology, which offers a 3D viewing experience without the use of glasses. Nintendo has taken steps towards iPhone-like functionality; the 3DS features Netflix streaming (in 3D!), maintains the original DS’s touch functionality, and will have access to an app store. But it’s still being branded as a gaming device, and Nintendo does not want to get involved in the phone business. “We have no desire to get into telephony,” Nintendo of America President Reggie Fils-Aime told CNN. “We believe that we will earn our way into someone’s pocket without having to offer that (phone capability) as an additional factor.” The 3DS has been successful since its late March launch; indeed, Nintendo sold more launch day 3DS units than any of its previous handhelds. But games are still $40, generally more complex than popular mobile games like Angry Birds, and they’re still physical media. Fils-Aime defends against this criticism, and told Game Trailers TV, “Angry Birds is a great piece of experience but that is one compared to thousands of other pieces of content that, for one or two dollars, I think actually create a mentality for the consumer that a piece of gaming content should only be two dollars.”

It’s a fair point; there are gaming experiences more in-depth and more rewarding than much of what’s available in app stores. But it may already be too late. Mobile phones have forever changed how consumers view the handheld gaming experience, from price to content. There is a huge movement centered around casual gaming both online and on mobile phones – of which Angry Birds is a posterchild – and it’s taking eyeballs and dollars away from the giants of the video game industry.