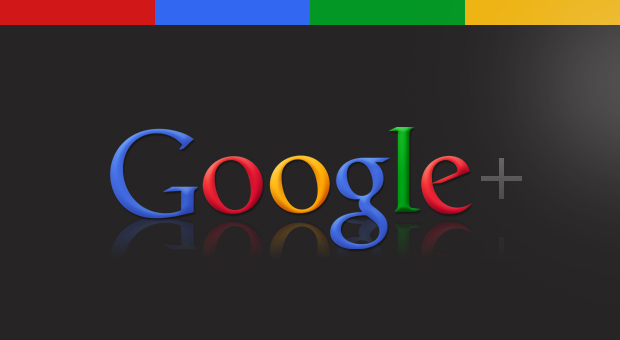 Welcome to the first installment of The Flightpath Roundtable, a new feature where we’ll gather various Flightpath employees for a discussion on the hottest topics in digital. Today, we’re talking about Google+, Google’s fledgling social network. Google+ was launched with much fanfare and expectation, and is perhaps the greatest threat to Facebook’s dominance. But how […]

Welcome to the first installment of The Flightpath Roundtable, a new feature where we’ll gather various Flightpath employees for a discussion on the hottest topics in digital.

Today, we’re talking about Google+, Google’s fledgling social network. Google+ was launched with much fanfare and expectation, and is perhaps the greatest threat to Facebook’s dominance. But how has it fared so far? We talk Google+’s Circles innovation, how Facebook has responded, and what the future may hold in the social network wars.

The participants in this discussion:

Dan: So we’re talking about Google+. What’s everyone’s take on where it stands now, whether or not you think it’s been a success up to this point, and will it be a success in the future?

John L: It’s really their second attempt at social media. Their first attempt with Wave just kind of fell flat, which could’ve been caused by the bad publicity they got initially, because of the privacy issues. Honestly, I don’t have a Google+ account. But it’s basically not too different from Facebook. Whether or not they’re going to be able to surpass Facebook, it’s highly unlikely. Google, although they do things very well, I don’t really know where they stand in terms of social media. They’ve been trying to penetrate that market for a long time now, and they’ve kind of fallen short in comparison to Facebook.

Dan: You mention how they failed with Wave. Do you think they’re big enough that they can kind of will this to be a success on some level, and just have it around so that they’re in the space?

John L: I don’t think you can really be in that kind of position where you can just sort of have a piece of it. The way it seems with these social networking platforms, you’re either it, and everyone uses, or you’re gonna die out, like MySpace or Friendster. People need that sort of common platform to share everything, and whether or not people want to use two platforms, I don’t really see that happening either.

John W: Well, there’s already two platforms that exist too, that people are competing against, and that’s Facebook and Twitter. Google is actually the third major platform that’s coming into play. Twitter is still considered a social network that you use for sharing items throughout your social graph.

Dan: Twitter’s a little different. It’s not as robust.

John W: No, it doesn’t have the same features.

John W: I think it depends on what your definition of success is. From when it started, it quickly grew because of all the press that it got, and one of the main reasons is the Circles feature on Google+. That’s an advantage it has over Facebook. Typically, right now with Facebook, your status update goes out to everyone, and you have no control over who sees what. But with Circles, you really get to pick and choose.

John L: But in Facebook you still have a feature where you can sort of have different groups, right? Where in those different groups, you have your posts and pictures, and select who has access to those. It’s not as well defined as Circles, but…

John W: You can set it up, but it’s very clunky. It’s not very easy for the user to grasp how to use it, it’s kind of hidden behind the actual settings of Facebook. Whereas with Google+, it’s a main component.

John L: I think they’re trying to refine it.

Dan: I know that there’s a drop-down now. When you make a status update, you can pick who you’re sharing it with.

John L: My wife’s biggest complaint about Facebook when she started using it was the lack of a Circles feature. But I’m sure it’s definitely high on their list in terms of refining it, especially since Google came out with it.

Cliff: And it’s the kind of handle that everyone defines it by. You know, while there may be many other reasons to think that it’s very good or maybe not not so good, Circles is, if not an obvious thing, it seems like a very human thing in a kind of environment or venue that’s sometimes viewed as not-so-human. Things that Zuckerberg did that were just either stupid or viewed as ruthless, insensitive; so to have something as emotionally rich as Circles, which just as a pure play metaphor for your circle of friends – where there was such a cavalier sense of friend-dom to begin with – turns it all on its head to a degree, and re-institutes a little bit of humanity, in the kind of oxymoronic sense, of what social media should always have been.

Dan: I actually made a post about this on Google+. I think the Circles are a great idea, but if I had somebody who I considered a friend, and then I found out they put me in their Acquaintances circle, I’d be kind of offended. [Laughs] You know? And a lot of people kind of agreed with me on that. It’s giving you more control over things, but at the same time…

John W: Right, which can both be good and bad, depending on who the individual you’re defining is.

Cliff: Do we have any cases or situations where friendships have been broken? Where you thought you might have ranked pretty high –

Dan: And then you find out you don’t.

Dan: The other thing about Google+ so far, is that I find whenever I login to check, there are like, no updates from anyone. Granted, my network on there is not as big my Facebook network. I think I have like 25 friends on Google+ compared to maybe a few hundred on Facebook, but it’s the same two people posting updates on Google+.

John L: It’s because everyone’s still using Facebook. That goes back to what I was saying about having two competing platforms. Nobody wants to deal with two platforms to get status updates, or check in on what their friends were doing. It’s kind of lame to post things twice on both of them, you know?

Dan: Someone called me on that, in fact.

John L: [Laughs] Yeah. “I just saw this on your Facebook. Why are you posting it on here, too?”

John W: I would agree with that. I even find trouble logging into Google+ on a regular basis. The Circles thing is the big difference, but if Facebook can master the Circles, then people are still using Facebook so often that Google+ will most likely just go off the radar. It already has, in my opinion.

John L: Yeah. There was a lot of hype about it – a lot surrounding the controversy with privacy, but then it just kind of died out.

Dan: Hitwise was saying that usage peaked in July, and then took a dip in August, and it hasn’t hit those numbers since.

John L: Yeah. People were curious and then it’s like, “How is this better than Facebook?” The Circles thing, if they think that’s the winning component, I don’t think it’s enough. Because Facebook is probably going to develop something very similar, if not better.

Dan: Social plays more of a role in search now – they incorporate what gets shared in social into search results.

John L: They definitely are. I mean, they’ve been doing it for quite awhile with real-time search results. Having Twitter feeds within their search results, you don’t really see that as often, because they’ve found that not many people actually click on that. But even pages that incorporate the Facebook Like button…is it part of the algorithm? I think somebody from Google actually did admit that it’s part of the algorithm. It doesn’t hold as much weight as a backlink, but social components on a page I think are going to get more and more heavily weighted in terms of how pages show up in search results.

Dan: They have a lot at stake in Google+. Can Google give more weight to Google+ in the search algorithm, as a way of forcing it on the world?

John L: If they want to include that into their algorithm, I wouldn’t be surprised if they did.

John W: But couldn’t they go as far as not only including it, but making it such a major factor that it diminishes Facebook, and they drive users to Google+? I mean, no one regulates them, so couldn’t they basically just change their algorithm, and all of a sudden only Google+ results are only showing up in search?

John L: I think that would be a little too obvious. Google, their whole business is around ads. All they’re trying to do is serve relevant search results to their users, and if they start serving up pages that are heavily influenced by Google+ users, that would sort of contradict everything that they’re trying to do. To be that biased for their own benefit that way, I don’t think it would be good for the user, and again, contradict what their overall mission is, which is to serve up quality information.

John W: So in other words, even though they could, you don’t think they would, because it would hurt their overall search business.

John L: I think so. I don’t think it’s in their long term best interests, just to push a social media platform. They would kind of turn into that ugly, big, evil corporation that they’ve always claimed they don’t want to be.

John W: Well, they’ve made announcements that it’s officially coming at some point. And that’s why they deleted the other ones, because they didn’t want people putting up false brand pages that weren’t officially recognized by Google. Once they get this process in place and they go through, to me, that’ll be the most interesting aspect of what Google+ is – especially from a marketing perspective, is how the brands could use it. If there is still usage at that point, the ability for a brand to be able to target users based on certain criteria by putting their own fans in Circles, and then only sending messages out to just those particular fans – that’s a pretty powerful tool for any kind of brand that’s looking to market, because you have that relevance in the message already. Whereas before you’re blasting out to somebody who likes you, because they pressed the Like button, but they may not be interested in that particular update that you have that day. And so you can better target and make your messaging even more relevant, if that feature comes into play.

Cliff: At the end of the day, how does a company overtake Facebook? These guys seem like they’re not going to be giving up a lot of their lead. What would it take? More than Circles, what could it be?

Dan: I don’t know that Circles is that for me yet, but I think it’s going to come along at some point. Either Google+ introduces that new thing, or something else comes along that will take Facebook’s audience away.

John W: I think it will depend on how Facebook fights back to each of them. For this one, it’s very easy, as we mentioned earlier, for them to kind of take this new feature that Google came out with – Circles – and import it into their own system and continue their dominance. If somebody can come up with something that’s truly unique to their experience that Facebook can’t copy, then I think that’s when Facebook fails.