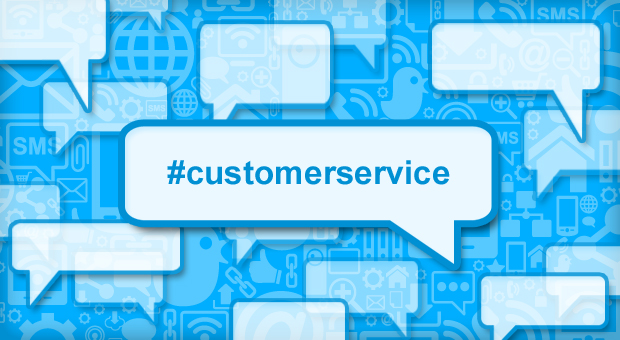 Myself and three of my colleagues used our personal Twitter accounts to send customer service tweets to 14 leading consumer brands in seven industries. Each company received one tweet per weekday for four consecutive weeks. The goal was to evaluate which messages were prioritized and how consistently they responded.

In today’s Yelp-obsessed world, consumers are interested in marketing but only if it matches what their family and friends say about your brand. Social media is a perfect avenue for impacting these conversations. That being said, providing effective social support is just as important to this mission as sharing promotions, blog posts and deals.

However, providing strong customer service on Twitter presents a formidable challenge for companies that receive thousands of tweets per day. It’s impossible to expect them to respond to everything. Instead, they need a strategy for finding and prioritizing the most important messages.

How the Race Worked

Myself and three of my colleagues used our personal Twitter accounts to send customer service tweets to 14 leading consumer brands in seven industries. Each company received one tweet per weekday for four consecutive weeks. Half of the time we used the @ symbol with the company’s Twitter handle, the other half we didn’t.  Using the @ triggers a notification to the account owner that they’ve been mentioned in a tweet

The questions fell into one of five categories:

The goal was to evaluate which messages were prioritized and how consistently they responded. This included messages with an @ symbol and brand name, as well as others where simply the brand was mentioned. We sent the tweets every day from four different personal Twitter handles, for four consecutive weeks. We tested 14 brands in seven industries.

Keep the customer informed. Coca-Cola and McDonald’s committed huge errors when two of their replies came several days after the questions were sent. For the instant-gratification customer, this is the same as not responding at all.

Don’t be a robot. Customer service expert, best-selling author and speaker Micah Solomon told me recently that being human in your engagements with customers on Twitter is one of the most important considerations. Twitter is a social platform, your responders need to talk and act like they would interact with their real friends and family. Say thank you. Be personal.

Important keyword triggers are your friend. When we designed questions for the race, we specifically included questions with important intent, sentiment or risk of switching brands. Social listening software can be programmed to send service messages to the front of the line if they contain keywords such as “help,” “mad,” “thank you.” These rules are imperative for brands that need to automate tweet prioritization.

The social customer service innovators watch and respond to non-@ mentions because they see the opportunity to really surprise and delight. Most social listening software can be programed to listen for mentions without the @, with the @, and #brandname.

Still Not the Norm

These brands responded to a mere 14 percent of the 280 tweets delivered during the race. Whether the issue is one of strategy or technology, brands are still far from meeting customers’ expectations on Twitter.