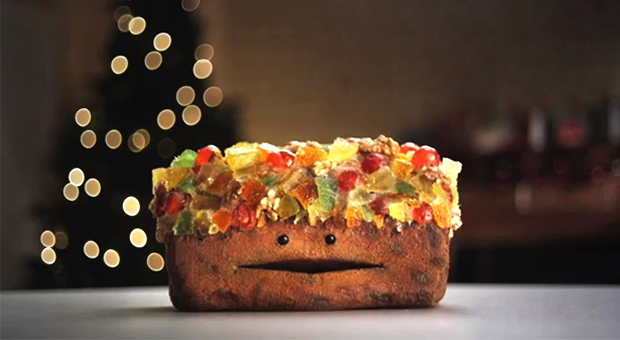 We’re in the thick of the holiday season, and with that comes holiday-themed digital marketing campaigns from brands big and small. Like Halloween, it’s a chance to get extra creative in a short window of time, take chances with brand identity and show consumers that you have a sense of humor. Here are five of our favorites.

Walmart’s Frank the Fruitcake – This is a pretty substantial effort on Walmart’s part to achieve numerous things – to change its brand image, to attempt something digital/viral, and to show that it has a sense of humor. The joke is that Frank, a piece of fruitcake, is the holiday “gift nobody wants.” He’s voiced by the great Bobcat Goldthwait, and complains about be passed over year after year. If you log in via Facebook, a customized video is posted on your wall, where Frank arrives via package, addressed to you. Open him up, he talks a little, and you can then send him on to a friend. It’s fun, it’s got Bobcat and it’s ultimately a nice entry into the viral space for Walmart.

Sears Cheer Tree – The Sears Cheer Tree is a simple idea that again calls on user interaction, but the result is pretty charming. Visitors upload a photo of themselves putting up or posing with their own holiday decorations, which is then added to an increasingly growing mosaic. You can then zoom in on every photo in the mosaic. There’s something nice about it, plain and simple, and by not offering awards or anything like that, there’s no ugly competition aspect to it. Great concept.

Santa Yourself – This owes an obvious debt to the immortal Elf Yourself, but it seems to be taking off. Upload a photo of yourself, and voila, you’re a dancing Santa. Good animation and sound, and it’ll make you laugh and probably drive you a little crazy, which I’m guessing is the point.

Toys R Us – This isn’t a viral or interactive campaign per se, but the branding on the website really works. It’s filled with cartoon elves and reindeer, and works for kids and adults. Even with all that, the site is still clean and easily navigable. The right way to decorate your website for the holidays.

Coca-Cola – Coca-Cola is almost synonymous with holiday marketing, but I like how understated its website is this year. In fact, the landing image and seemingly only thing on the site that’s holiday related is a link to Arctic Home, Coca-Cola’s initiative to save polar bears (its longtime holiday mascot) in the Arctic. That’s valuable real estate for a company like Coca-Cola to give up towards a good cause, and it makes me think more of them than any campaign to sell more soda could have.