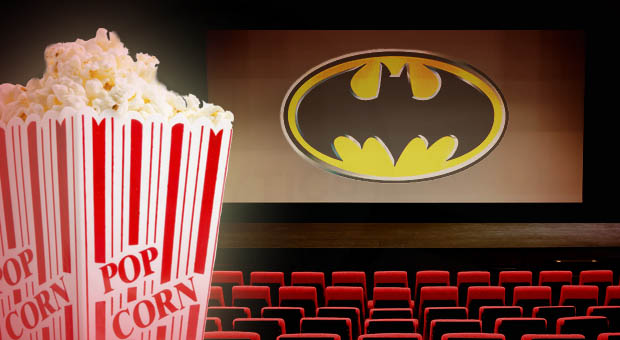 Viral and social media marketing are commonplace for pretty much everything now, but have become essential for summer movies. Whether it’s a Facebook presence or a sly viral campaign, getting people excited about your movie now happens in the digital space more than any other. Here are two movies with the most creative viral campaigns of the summer.

There’s been a steady release of Prometheus (the maybe it is, maybe it isn’t Alien prequel by director Ridley Scott) trailers that have been whetting the appetites of sci-fi nerds everywhere. Yet the marketing team has done a lot more. There’s the fun Facebook app, “Discovering Prometheus,” which allows you to click on floating orbs, added each week, that contain new info such as images, character bios and more. There’s the unprecedented Prometheus Viral campaign, featuring online-only videos with major characters and special effects. But nothing is perhaps better than Ridley Scott’s short film introducing major Prometheus/Alien character, Peter Weyland, that debuted/took place (in 2023) at the TED Conference. It’s art, it’s social commentary and it’s also a nifty piece of movie marketing. Brilliant.

The Dark Knight Rises has taken another path in getting people excited (as if they weren’t enough already): audience participation. In a really fun campaign, Warner Brothers announced a new trailer on TheDarkKnightRises.com, but to see it, fans needed to help the Gotham City Police Department in tracking down the Caped Crusader. (Remember, at the end of The Dark Knight, Batman is on the run from the police.)  It started with an arrest warrant posted online, and then fans were asked to track down bat-signal graffiti from all over the world. Warner provided the addresses, and the fans found them (perhaps unsurprisingly, they did so pretty quickly). Deceptively simple, but engaging.

Above: One of the first graffiti finds by Twitter user @Yashasmitta.

The “Gave It A Good Try” Award Goes To:

The Men In Black saga has been gone a long time, but with its conspiracy/secret-aliens-among-us themes, it’s kind of perfect for today’s viral and social trends. And that’s exactly the route its marketing has taken. A YouTube account under the name Bugeyes126 popped up, in which a kid (Bugeyes) discusses his conspiracy theories about government agents in black suits and the aliens they track. It never really caught on (there are 45 (!) videos under the account, with most only getting a couple hundred views), and probably for a couple of reasons: the kid seems like he’s acting, which kinda spoils the fun, and there’s not enough of an incentive to really invest any time with the videos. Could’ve been fun. Maybe next time.