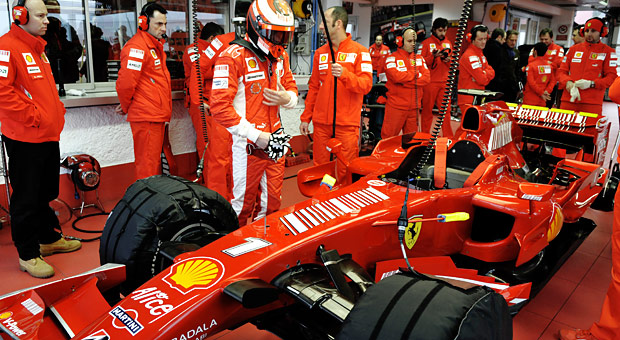 As a gear-head and big fan of motorsports, I’m psyched about the upcoming Formula 1 season. For those that don’t know, F1 is the pinnacle of auto racing, involving crazy amounts of money, resources and technology that is unmatched by any other form of racing. The level of engineering employed in creating these one-of-a-kind cars […]

As a gear-head and big fan of motorsports, I’m psyched about the upcoming Formula 1 season. For those that don’t know, F1 is the pinnacle of auto racing, involving crazy amounts of money, resources and technology that is unmatched by any other form of racing. The level of engineering employed in creating these one-of-a-kind cars is amazing, with each team developing a brand new car every year. Top teams such as Ferrari, Mclaren, Red Bull and Mercedes spend hundreds of millions of dollars each season trying to win the drivers and constructors championships. The first race is a few weeks away and takes place in Australia (it should have been sooner in Bahrain, but with recent protests the race was suspended. sigh).

But before these cars can race, they must test. Testing sessions have been underway since early February. Here is where teams put their cars on track for the first time, testing new parts and different setups, and experiencing for the first time just how they stack up against the competition. Teams watch each other closely and size each other up, even monitoring engine notes to see if they’re running at maximum or just sandbagging. F1 is a sport where every tenth of a second counts. Imagine that your car is half a second slower per lap than your rivals. Doesn’t sound like much, but at the end of a 60 lap race, you’re 30 seconds behind and your car looks like a bus. Not something a title sponsor wants to see after pouring millions into your team.

This same principle can be applied to websites and campaigns. A/B testing and multivariate testing is nothing new, and this post is not intended to insult anyone’s intelligence, but many sites out there overlook ongoing conversion rate optimization following a new launch or redesign. Success can be quantified after a little more thought is put into visitor interaction and proper goals are defined; not just looking at visits and page views, but measurable conversions. As Avinash Kaushik, Analytics Evangelist for Google, says, “Not using goals is a crime against humanity.” With goals properly defined, tools ranging from the free Google Website Optimizer to the more expensive Omniture Test&Target are great for running tests and experiments to improve conversion funnels. This not only helps improve content relevance but also affects the bottom-line.

At the Internet Retailer Web Design & Usability Conference held in Orlando in mid-February, top online retailers such as Home Depot, L.L.Bean and Home Shopping Network were there to share their insights. Presentation after presentation, there was the same reoccurring message: test and test some more. A company like Home Depot, who has 25% of online market share, can’t afford to let things slide. They generated $68 billion in retail sales the fiscal year ending in January. If their web sales account for around 7% of that total, a small 0.1% conversion improvement can make a huge difference. In this case that tenth is worth $4.76 million. Sure, just following best practices could likely yield great results in a purely theoretical world, but every company is different and so are their customers.