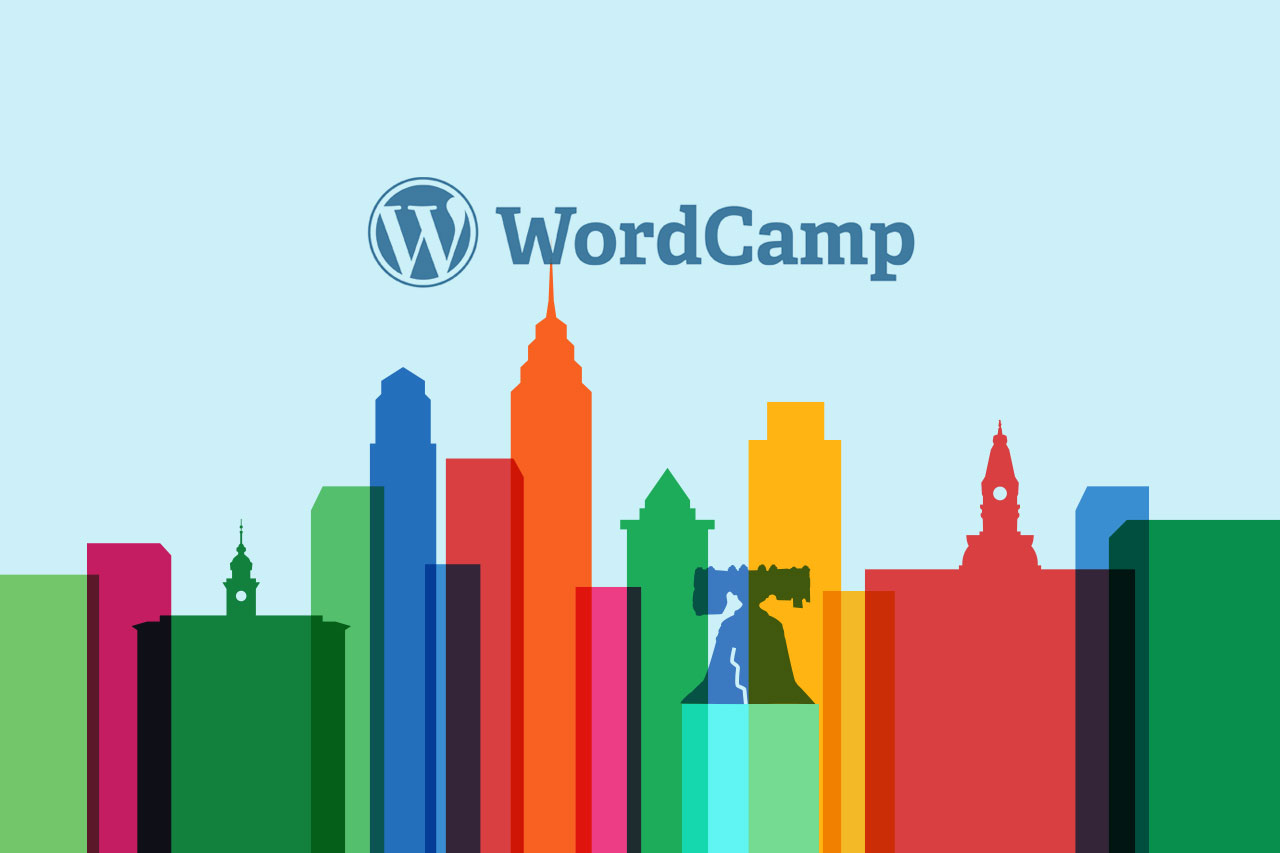 WordCamp is a conference that focuses on anything and everything WordPress. They’re wonderfully informal, community-organized events that are put together by WordPress volunteers. Everyone from casual users to core WP developers and contributors participate, share ideas, and get to know one another. WordCamps have been held all over the world going back as far as 2006, and this year Belgium had its first Wordcamp in Antwerp!

Recently, l attended WordCamp USA in Philadelphia along with 1,800 other WordPress users ranging from casual bloggers, marketing professionals, experienced designers, tech enthusiasts, and leading technologists. Here’s a break down of a few of my favorite talks I attended while at WordCamp:

Design For Humans Not Robots

Tammie Lister was a delightfully brilliant speaker who illustrated the importance of designing for humans and not for robots. Too often, according to Lister, design lacks humanity. Take, for example, the very popular CAPTCHA: I’m not a robot.

“If you’re put into a position that you need to prove that you are human and not a robot … that’s probably not a very good way to have an interface,” Lister said.

She speaks at great length to use cases and testing cases where we construct these very particular environments where we focus 100% of our attention on the thing we are doing without taking into account that the person using it likely won’t be giving your application 100% of their attention. They’ll be stirring soup, listening to music, having a conversation, and you know, doing other human things.

My takeaway here was that the default in design should not be that I need to prove I am NOT a robot. I am a human until proven robot, not the other way around, and that what I’m creating isn’t about me and what I want and what makes sense to me. Developers need to think about the end user and what makes sense for them.

Lisa Melegari took a deep dive into how to talk ‘content’ from a developer standpoint. As a developer who knows little about content, I knew this talk would benefit me. I’ve been meaning to get into blogging myself for a while, but I’m always held back by the same self-defeating thought: I don’t know where to begin.

“The blank slate paralyzes clients,” Melegari said. And this couldn’t be more true.

Melegari says to not use the word ‘content’ and to break it down into actual concrete things I need. Having the client fill out an onboarding questionnaire asking for age ranges, audience targets, existing assets, or the person in charge of creating those assets is invaluable as it gets the client to think in specific terms. And when designing or developing a site for someone, specifics are vital.

This was a wildly helpful new way to look at generating content for my own hypothetical blog I swear I’ll create someday. I can absolutely identify with the quote about content paralyzing the client. It ought to be a best practice to break down what I want from the client into bite-sized chunks of real identifiable assets instead of vague jargon like ‘content’ or ‘filler text’. While I understand what those words mean, of course, they do nothing to elicit a creative response.

Teaching the FBI to Photoblog with WordPress

When you say “WordPress” I admit I did not think “FBI,” but for Karl Kevilus that is exactly what happened. After a friend reached out to him asking if he’d like to help the FBI set up a website, Kevilus found himself teaching the FBI how to use WordPress to catch bank robbers using bank surveillance photos and footage.

The talk was a brilliant, hilarious, and humble look at the starting of Bandit Tracker, it’s offshoots, its successes, and it’s failures. Some successes include the hundreds of robbers brought to justice thanks to Bandit Tracker and some failures include actually inspiring robberies because Bandit Tracker gave a very succinct overview of a bank’s surveillance technology and layout. Woops. Failures and embarrassments aside, Bandit Tracker has been an invaluable resource for the FBI in catching bank robbers. So much so, that various regional duplicates have cropped up across the country.

Philadelphia is a gorgeous city I had never been to before but will certainly be back. While the talks were engaging, I did manage to find a little spare time to try some of Philly’s world famous delicacies such as the Philly Cheesesteak. I’d had generic cheesesteaks before, of course, and had never really thought them to be anything all that special but this completely changed the game and altered my view on the sandwich. For those curious, I got it with wiz and it was delicious.

All in all, WordCamp was an amazing experience that I will absolutely be repeating in years to come.