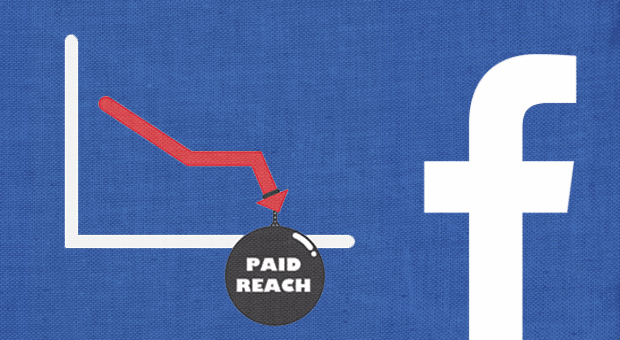 Since Facebook’s recent statements regarding their algorithm change, the topic of conversation for many marketers and business owners has been organic reach (or lack thereof). The issue of declining organic reach is something we have been aware of and dealing with for clients since August 2013. However, lately we have been noticing an even more alarming trend: the decline of paid reach.

Starting mid-April 2014, we noticed a significant decrease in paid reach on promoted posts across all of our clients’ brand pages. Overall, we’re seeing the cost per reach nearly doubling.

There is always the possibility this decline in paid reach was caused by minor changes in content and scheduling but for the most part we have followed a consistent campaign strategy since implementing promoted posts. It seems highly unlikely that we would see this trend across multiple clients all within the same time frame.

One thing to note is that although paid reach decreased, engagement levels appeared to remain the same.

So what does this mean? It’s hard to say for certain but it could force companies to dish out even more money to reach the same number of fans. In other words, expect the cost of effective promoted posts to rise (especially as more and more brands start to utilize this advertising option).

In the future, marketers may want to focus on narrowing the targeted audiences on promoted ads, increasing engagement rates and ramping up influencer marketing strategies to see continued success on Facebook.

This post was written by John Lee (@johnlee27), Senior Director of Digital Marketing at Flightpath.