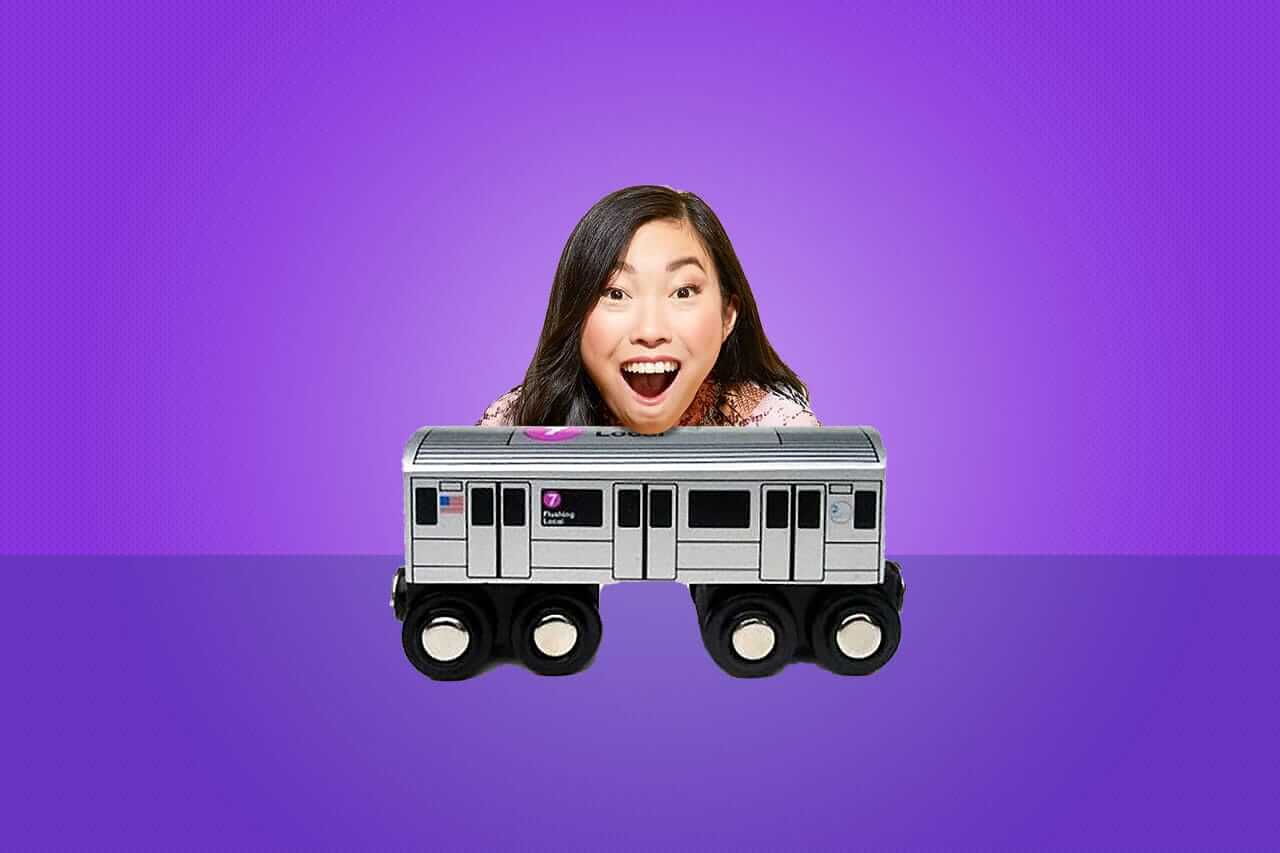 Last Thursday I boarded my normal subway and heard an overly peppy train conductor spouting off the station names. After daily commutes of mostly garbled static and apologies for train delays, this was a weird but welcome switch.

I looked around the train, few other people were laughing, and one person put in their headphones with an annoyed shake of the head. Although not normal, it isn’t entirely uncommon to have a train announcer feel they need to add their own spin on announcements. I took it as that and got on with my book. Five stops later I realized a train across the track had the same voice, and started to piece together what was really happening.

The voice I was hearing was Akwafina, and that comment about watching Nora from Queens while riding through Queens was not the random thing I first thought it was.

It was an ad, in the basic sense. But at the same time it was something so much more. Comedy Central worked with the MTA to have Awkwafina announcements on the 7 train for one week, leading up to the launch of her new show. The MTA hasn’t given a lot of details over the paid announcements, but did say it might be possible to do something similar in the future.

Awkwafina being first is just one of the reasons I loved it. Yes, we’ve heard plenty of celebrity voices over GPS systems, celebrities promoting their shows in the middle of YouTube ads, celebrities talking up their projects on social media. But before this no one had ever heard a celebrity calling out subway stops and PSAs like, “Hey fellas, stop manspreading,” or facts like “…pigeons and doves are the same thing — what!?”

From a strategy standpoint, this idea was everything. They chose a subway line that runs through Queens to advertise a show about Queens, and used an actress who understands everything about the 7 train in Queens because she was born there. Awkwafina doing a voiceover for Waze, for example, would never have hit the same audience.

The best part–the idea worked! While I admit that I wouldn’t have wanted a month of it, and by the end of the 7 days I’d memorized almost every quippy bit of her subway monologue, it got people talking. I overheard conversations on almost every train I was on. People tweeted about it, posted videos on Instagram, and wrote articles–and the majority of the feedback was positive. Plus the FOMO was real. Even celebrities wanted in on the conversation, with some offering to voice other Manhattan subways in the future. And that’s what we want from advertising in the end, isn’t it? Smart ideas that hit home for the brand and for the audience.

Engaging concepts that do more than just sell a product. And storytelling that’s worthy of listening and sharing with others.