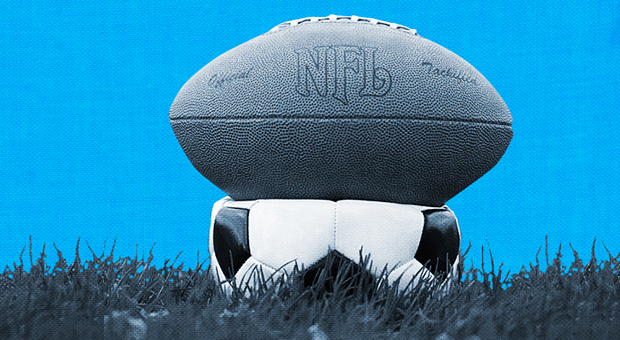 Team USA may not have won the World Cup but soccer in America sure didn’t lose either.  The 2014 World Cup made it very clear that Americans have officially joined the rest of humankind in the worldwide obsession with soccer.

I imagine the extraordinary global outpouring of emotion (and by emotion, I mean all-out insanity, joy, passion and craziness) surrounding the games has not gone unnoticed by NFL execs. But what may be less clear is the fuel, if not the spark, of all this euphoria.

National pride and a new generation of youngsters who have grown up with a deep, committed love for the sport may be what sparked Americans into soccer’s intergalactic orbit. But the fuel, is what the NFL could truly learn a great deal from.

I’m sure the NFL is very busy getting ready for the upcoming season so let me cut to the chase. The fuel (yes, the element which ignites and keeps the spark ablaze) is the scoring celebration.  Goal celebrations fuel excitement and we’ve seen this in all the World Cup venues and live remotes. If these players simply high-fived or chest bumped, so would the fans. But they don’t; they celebrate by running 20 yards and then sliding another 10. All the while beaming with the most passionate human emotion!

Scoring celebrations create an undeniable bond between player and viewer that is founded on emotional currency.  Spurred by an intense connection based on shared experience and passion, emotional currency fosters loyalty and engagement.  It is what creates not just fans, but super-fans.

Need proof?  The 2014 World Cup statistics say it all: Tournament attendance is projected to hit 3.4 million, over 300 million World Cup-related tweets have been posted and in just the first week of the World Cup, Facebook received more interactions about the tournament than it did for Sochi Olympics, Super Bowl and Academy Awards combined.

So I raise the question: Why not embrace goal celebrations after an NFL touchdown?  Why instead, a 15 yard penalty for the littlest of real emotion?

As someone who has studied emotional currency for decades, I urge the NFL to see the positive effect that scoring and celebrating has on fan involvement and overall enjoyment. Not only that, but this type of emotional connection can translate to higher viewership, better ticket sales, increased media and sponsorship opportunities…the list of marketing benefits goes on and on.

This post was written by Cliff Medney (@cliffmedney) Chief Creative Strategist at Flightpath.