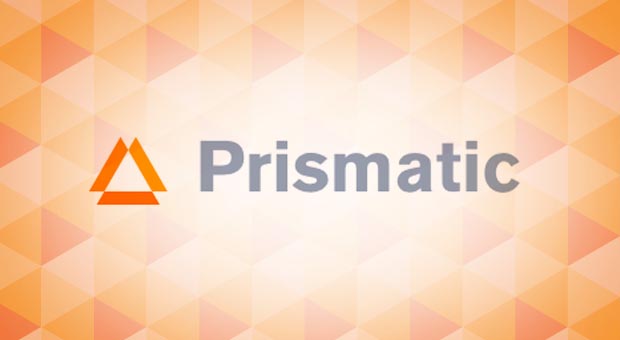 A major trend of the modern Web experience is targeting: Offering users content that directly reflects their interests. It’s what drives online advertising and what may also drive, to a greater and greater extent in the future, the way we receive our news and information. Prismatic, a new site and iPhone app, hopes to take targeting and customization to a new place by linking with users’ Facebook, Twitter or Google+ profiles to offer personalized news feeds. And it actually works really well.

To mark last month’s launch of the Prismatic iPhone app, Flightpath spoke with Jenny Finkel, Prismatic’s Chief Software Architect, about the launch of Prismatic, where it has succeeded and where it has faced hurdles, and why releasing a mobile version was so important.

Flightpath: Let’s start off with the genesis of Prismatic. Where did the idea come from?

Jenny Finkel: That all predates me. It was originally Brad [Cross, Prismatic CEO]’s, idea. And I honestly don’t know what his mindset going in or his motivation was, other than that he just thought that none of the news readers out there were very good at providing you content. A lot of the stuff out there currently is much more design-focused than it is tech-focused for actually getting you good stuff. So I think he just saw an opportunity for building a better product, especially since it’s a space that’s not really dominated by anyone yet.

Flightpath: And when did it launch?

Jenny Finkel: It depends on how you define “launch.” We’d been having beta users for probably a year. And then the website opened around April. But in our minds, the real launch [was actually last month] when the iPhone app came out. In our minds, I think the website was meant to be the training ground for the iPhone app, because there was a lot of algorithmic stuff we had to get right. The iPhone [version] is the real deal, I think. I’m very excited about it.

Flightpath: When exactly did you come on board, and what’s your role there?

Jenny Finkel: We just hired a sixth person, but until a couple of weeks ago there were only five us, and only three engineers. So when you’re a startup with three engineers, you have to be a jack of all trades and you have to do everything. Everyone worked on the iPhone app, even though I never coded anything for the iPhone before; everyone works on the back end stuff for things like performance and reliability and scaling up.

So really, I do everything. But the things that I focus on, when we’re not in a mad dash to get an iPhone app out, is the language stuff.  Language and machine learning. I did the algorithm for doing topic classification. Another thing is the topic suggestions, for instance – looking at your Facebook account and scraping it and trying to guess the things you’re interested in. My main focus is anything that has to do with human language and extracting some meaning out of it.

Flightpath: How has the launch of the website and what you’ve learned from it informed what you’re doing with the app?

Jenny Finkel: It’s hard to give a concrete example because it’s really an iterative process. We’ll have some idea and we’ll put it out, and either people will use it or they won’t, or they’ll send us feedback. We read every piece of feedback we get and pay attention to them.

It’s more an issue that there’s a lot of things we know we still have to do, and the feedback tells us what’s important to people. And so that tells us how to prioritize.

Flightpath: And what is important to people?

Jenny Finkel: Well, the biggest thing that people complain about that we haven’t done yet, is banning topics and publishers. There’s a lot of demand from people who say, “Look, I don’t want to see an effing cat picture ever again.” Or, “I hate TechCrunch. I never want to see anything from TechCrunch.” That’s one that we’ve gotten a lot of noise for.

It’s much more [about] little things. We recently changed the way the share box worked, just how it pops up and stuff. And then you see what happens. You see, do the number of shares go up or down? We’ll do a version, and there’s something about it that’s weird that we didn’t think of, and then we get enough complaints that we can figure out what the problem is and then tweak it. A lot of the feedback is design things for how to do the interactions.

Flightpath: Is that helpful?

Jenny Finkel: Yeah. It’s immensely helpful. Because it really helps solidify what people care about and what they don’t.

It used to be the case that you could do multi-share. You opened up the share box, and it was defaulted to Twitter, and then you clicked on Facebook, you’d be sharing to both Facebook and Twitter. This is something that I had fought against from the beginning, because I thought it was confusing, and that most people who multi-shared were doing it by accident. They thought that they were just sharing to one and didn’t realize what happened. And we took it out to see if people would complain, and we got like, maybe three complaints total. That’s enough to indicate that no one really cares about multi-share, and it’s fine that we took it out.

Flightpath: What do you think you’ve done right? What have been the real successes?

Jenny Finkel: I think the core algorithm is really good. It’s got room for improvement – it will always have room for improvement – but I think the core nature of how we decide what to show you is right, and is good, and is much better than anyone else out there. So in my mind, that’s the biggest success. There’s tons of things to tweak, but with the core algorithm, I believe we pick out the right stuff. We get tons of feedback from people who are like, “I find things that I love that I never would have found elsewhere, from you.” That’s the overwhelming feedback, so I think that’s the biggest success.

Flightpath: And do you want to keep to the core of what Prismatic does right now, or do you want to bring in more social elements? Not just sharing stories, but maybe you connect to other Prismatic users that share your interests?

Jenny Finkel: This is actually on our short-term roadmap. We have a whole lot of social stuff coming down the pipeline. So right now, the precursor, which isn’t all that useful on its own, is profiles. So if you want to, you can make your profile public and then other people can look at it. Maybe you’re like, “Oh, John’s interesting, maybe I can look at his profile and see what topics he’s added and maybe I want to add some [to mine].” Obviously, that’s pretty passive, so there’s no connections between them right now. One of the very next things that we’re doing is adding followings, so you can subscribe to your friends. We also want to do stuff with recommended users. You favorited these five articles, another person across the planet also favorited those five articles, you might want to check out their profile. You probably have stuff in common. That’s very much the future of where we’re going.

Flightpath: You mentioned that the iPhone app was the real launch, and the website was a training ground. I’m curious why you say that.

Jenny Finkel: I think it’s just the nature of how people read their news. Some people read it on their computer, and I’m actually in that boat. But for most people, it’s basically mobile-only. Mobile is the most important. People use their computers less and their phones more, and it’s only going to further shift that way. There’s just a lot of time when you’re not in front of your computer.

Flightpath: And what are your hopes for the future of Prismatic post-iPhone app launch?

Jenny Finkel: Shorter-term, there’s the stuff I was talking about with the profiles. Longer-term, I think we want to move out of news entirely to do other kinds of recommendations. Recommending music and movies and stuff to buy and I don’t know what else. If we have enough information on your friends and interests and what people click on, we should be able to do a reasonable job for some stuff.

Imagine you’re a photography buff, and your friend just got some awesome new camera and shared it out. There’s a reasonable chance you’re going to care about that, and maybe you’re also going to buy it. So yeah, I think broader recommendations are a big thing for the long-term goal.

Flightpath: Tell people why, if they haven’t heard of Prismatic or haven’t signed up for it, why they should.


Jenny Finkel: Basically, if you want to find interesting things to read, I think it’s your best bet. I know that’s a simple answer, but that’s the one. Literally, when I procrastinate at work, I procrastinate on our website. [Laughs]