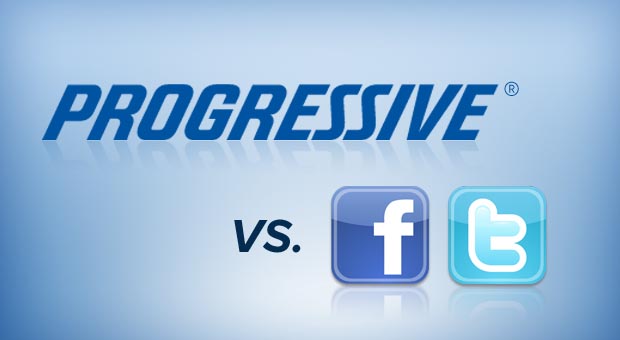 We’ve talked about this phenomenon before, when it happened to Netflix and other companies, but a new social media revolt that has emerged in the last couple of days is particularly interesting: Progressive Vs. comedian Matt Fisher and Social Media. Fisher wrote a blog post called, “My Sister Paid Progressive Insurance To Defend Her Killer In Court,” detailing how his sister, Katie, died in a car accident and the ways Progressive has tried to avoid paying the balance of her policy – such as providing legal assistance to the other motorist during the resulting trial. (This is is something Progressive disputes.) As a result of the post, Progressive was bombarded with social hate mail. It’s hard to blame people for reacting the way they did; it’s an ugly story.

But this whole issue, from the brand side, raises real questions about social media. Should all types of businesses have a social presence? Is there a quantifiable value in having Facebook and Twitter pages? Are you only on Facebook because your competitors are, and is that reason enough? Social has created a new dynamic in customer service and relationships, as things can get very public very fast, and the more damning the experience, the bigger the story is likely to get. And most brands are still figuring out how to manage public relations issues in the digital landscape. It’s not easy, and it just goes to show what powerful tools these channels are, for both brands and customers.

Today, Progressive announced a settlement with the Fisher family. Would it have happened this quickly without the pressure brought about by social media? Probably not. Will the whole ordeal do lasting damage to the perception of the company? Hard to say, but these things do tend to fade away over time. But if ever there was a cautionary tale about how social media has changed the way we interact with each other and with the companies that play a role in our lives, it’s this. Ultimately, the one basic truth about social media is that it amplifies conversations and is empowering, for better or worse. For better, because it gives people like the Fishers a chance to get things done and speak their minds, and maybe enact real change; and it does give brands a chance to really engage with their customers, in good times and bad. For worse, because of the anonymous pile-on element that social seems to provoke in people. And you have to be prepared for both. Progressive learned this the hard way.