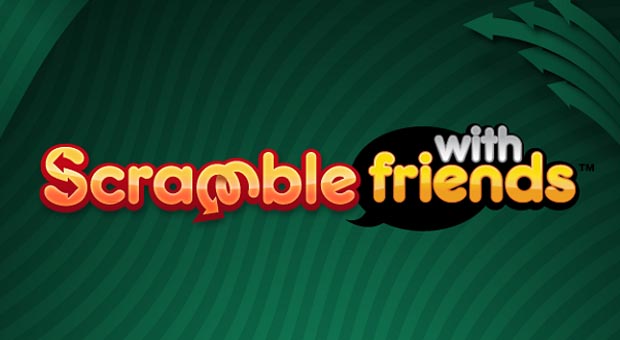 Smartphones have turned out to be Trojan Horse videogame systems. In addition to everything else we use them for, most people – even those who have no interest in console gaming – have begun playing games on their mobile phones. It makes sense; the touch screen makes controlling a game more digestible for non-gamers, and the types of games produced cater to many types of audiences. If you like traditional board games, you’ll find a mobile game you’ll love. If you like puzzle games, you’ll also find something.

In a new feature here on the blog, we’ll take a look at mobile games, both free and paid, and let you know if they’re worth checking out. Today’s game: a new twist on Boggle for the digital age.

The Game: Scramble With Friends

The Deal: Zynga has mastered the art of remaking classic board games for mobile devices. With the massive Words With Friends (a tweaked version of Scrabble), they found new ways of translating physical object games to the touch screen. Drag, tap and release – that’s pretty much all you need to do to play Words With Friends, and by linking the game with Facebook, you can easily find friends to play with.

The same model is used for Scramble With Friends, which is basically Boggle – you have to form words from a jumble of letters in a set amount of time – with a few new changes. While Scramble has been out for awhile, I still meet people who don’t know what it is – hence, this review.

Gameplay: First off, to play a game you have to pay a token, which is provided to you at the outset. The more you play, the more tokens you need. This is fine, as the tokens replenish every few minutes. But if you want to play a lot in one session, and you deplete your “bank,” you either have to pay actual money for more coins, or stop playing and wait for your them to restock. It’s a kind of odd setup.

Right before starting a game, you have the option of selecting some power-ups: Freeze (stops the clock), Inspiration (reveals words to you), Scramble (rearranges the letters on the board), and Vision (gives you three words to find). The first is free, the second costs you one coin, and the third costs you three coins. The power-ups are a really smart addition to the game; Vision may just give you three words to find, but that often opens up your eyes to other possibilities. Using Freeze to buy some extra time can make the difference between a win and a loss.

The game itself is a fun, frantic, addictive reinvention of Boggle. You play three rounds against your opponent, with the later rounds introducing double and triple word scores a la Scrabble, upping the ante and chances of a comeback. When you spot a word, you start with the first letter and drag your finger letter-to-letter. When you reach the end of the word, lift your finger up, and the word registers. It works pretty flawlessly.

What’s Wrong: The coin system complicates things in an unnecessary way. Even if you fork over the cash for the paid version, you’re still stuck with it. I understand the need to monetize the game, but why not just sell power-up packages? It makes you feel limited and restrained in how much you can play, and that’s not a good thing.

Overall: Scramble is a success on almost all fronts; it’s a great reinterpretation of a classic game, it controls very well, and it’s something you’ll play for more than just a few days. The additions, with the exception of the coin system, make it relevant for today’s mobile gamers. This is the type of game that has the big game makers – Nintendo, Sony and Microsoft – very scared. It appeals to casual gaming fans and portable gaming fans alike, making it a significant threat to their business. And it’s free.

If you’re a wordsmith, enjoy puzzles, or like beat-the-clock types of games, you will love this. But the addiction factor is high. Maybe that coin system isn’t such a bad thing after all…