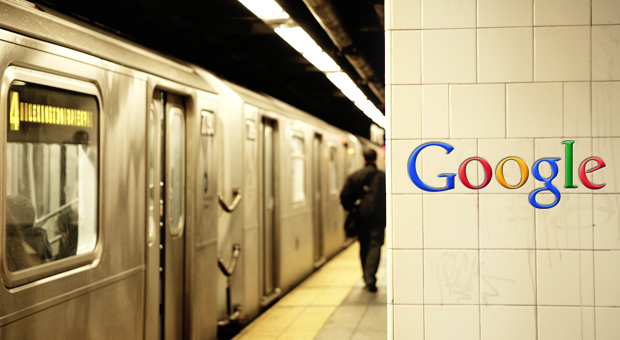 Google subway ads have been popping up in train cars (both in New York and other cities) for awhile now. They’re clever, featuring cartoons and smart copy, promoting or discussing everything from Google+ Circles to privacy tips. They’re traditional; they often appear where one would expect to see a Budweiser or local college ad; and they’re 100% disruptive and successful.

The first time I saw a Google ad (on the F train, coming from Brooklyn), I was surprised  and impressed. On the subway, one usually does one of the three things: reads a book (which takes place more and more on a Nook or Kindle), plays a video game, or zones out listening to music while fiddling with his or her iPhone. They’re mostly activities that take place in the digital landscape, which Google plays a large role in shaping.

Ironic, then, that they rely on one of the oldest forms of advertising to get our attention. And because of that – in addition to the fact that the ads are, well, good – it works. The print ad, in its stillness and marriage of text and image, is still powerful – maybe more powerful than ever. Google realized this.

Here are some snapshots of Google subway ads taken over the last few months.

Photo by Brooklyn Or Bust.

What do you think? Are they a success? Do they miss the mark? Let us know in the comments section below.