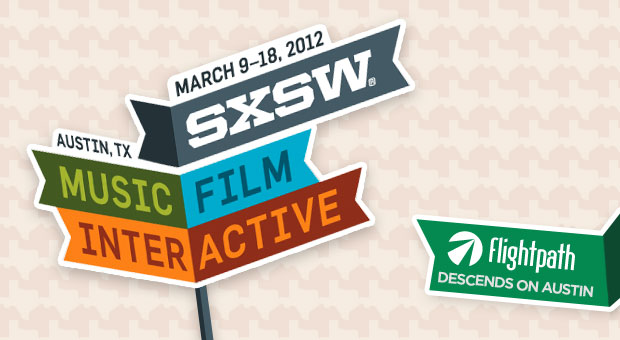 While the Flightpath team was hard at work going to sessions and networking at the SXSW Interactive conference, we assigned one Flightpath correspondent to concentrate on the other opportunities at SXSW. The ones you probably will not see covered in Mashable, Engadget or the New York Times. The fun ones.

Our Fearless Fun Correspondent, Cavol Forbes, was assigned to find 7 opportunities to break out of the role of “agency person at a conference” and go a little crazy.

Here is Cavol’s list of Top 7 Things to Do at SXSW Because There is No Way You Would Ever Do Them at Home:

Ride a Mechanical Bull: It’s Texas, after all. Tip: keep it classy and wear a blazer while riding. One on-looker commented, “You rode that bull elegantly.” Warning: your co-workers will document this and before you know it, your embarrassing moment has gone viral company-wide.

Crowd Surf: Not just for rock stars and athletes anymore. If you’re going to crowd surf, you’ll have to sign a waiver. Don’t read it, just sign; it’ll scare you away.

Go Stemware-Optional: In Austin, the barkeeps (they’re called barkeeps there) are nice and will often offer free booze. Accept at all times! Whenever possible, drink directly from the bottle. While this is not common practice in New York City, in Austin this is perfectly acceptable.

Be the Only One Dancing: People will point, laugh and take pictures. Note: Liquid courage strongly recommended.

Bum a Cigar from a Stranger: In Austin, it’s best to embrace every opportunity you have to be a cowboy for a minute. This extends to manly activities like smoking cigars. However, don’t inhale. You’ll regret it.

Go to a Roller Derby: When you see a sign for a roller derby, it’s best to walk in acting like a regular. Tip to acting like a regular: Don’t be shocked when the roller ref yells “Pillow Fight!” and two women try to smother each other with pillows. Just stomp and cheer for the woman who wins. Tip: You will know who wins because she is the one still breathing.

Eat Street Meat: Hot dog carts in New York are for tourists and construction workers. In Austin, you are a tourist, so eat up and let your co-workers take pictures of you doing it.