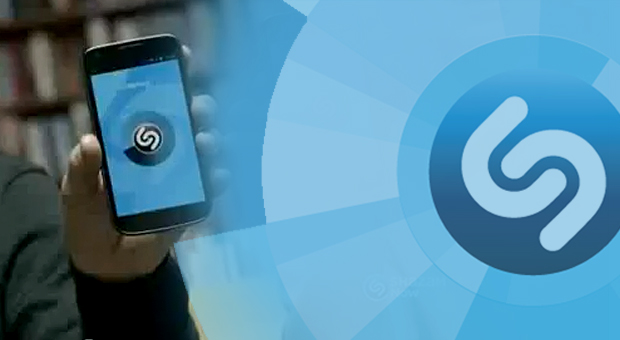 It was around halftime Sunday when I saw the third straight Super Bowl ad with the Shazam logo in the bottom-right corner. I knew Shazam as the app that figured out a song’s title and artist based on a 20 second sample my smartphone recorded. Why is it here? Curious, I whipped out my phone, launched the app and started recording the ad. 20 seconds later, instead of the usual screen disclosing the song and artist info, I saw this.

Curious to see what others thought of this repurposing of the app, I searched out “Shazam” on Twitter. Some people liked it; others compared it to a marketing gimmick that was all too recent.

For the uninitiated, the QR code is a kind of barcode. Advertisers like to stick these complex network of squares on their ads in the hopes that users scan them with their smartphones. Once the phones scan these codes, they are taken to a page with more information about the advertised product. The problem is, most advertisers are lazy and unimaginative with their implementation of QR. They link the QR codes to URLs already mentioned on the ad, place the codes in locations where Internet signals are scarce (most infamously, the New York City Subway), and haven’t done a good job educating the public about the technology.

Like QR codes and other marketing gimmicks, the novelty could fade fast. The standard 30 second ad is a tad short for something that requires you to take out your phone, unlock it, open an app, and wait several seconds to capture a sample. And forget about trying to use this in a loud, crowded bar.

In spite of these drawbacks, I could still see a place for Shazam-enhanced ads when it comes to generating interest.

Unlike QR codes, Shazam is already popular. QR codes began life as an invention by Toyota to track inventory. Shazam is a popular service people use to identify songs. It already has a head start in penetration because so many people enjoy it for its primary use. The image of that soft blue icon with a white “S” over a black circle needs no introduction. There’s a familiarity — a cue that we should be tagging whatever is on screen — something the alien-looking QR code just can’t attain.

So, we see that icon we know so well, but there is no music playing. Just an ad. There is no readily available context, either. No announcers telling you to tag this commercial to win prices or music. Instead, all the viewer sees is what looks to be an out-of-place icon in ads for Pepsi, Toyota, Best Buy, etc. Naturally, I had to tag these ads when they came on. I was too curious.

The icon’s placement in these ads is the opposite of what we expect. None of the products advertised had anything to do with music or albums. So, why was the icon there? The ad wasn’t going to tell us. We had to go and hunt it down ourselves.

What do video games and Easter egg hunts have in common? Both tap into that human desire to discover something. For decades, the video game industry has been sneaking hidden characters, stories and content into its products. They call them “Easter eggs” — hidden things designed to be just barely discoverable.

Advertisers like to use QR codes to link to the product’s URL, even if that URL is a few inches away from the code. There’s no imagination or creativity. And by now, the few of us who know what QR codes do are conditioned to believe they’re a waste of our time to scan for this very reason.

The Shazam interface doesn’t allow for this lack of originality. A successful tag never takes you to someone’s homepage. Instead, you go to a screen where Shazam gives you data on the sound sample you just tagged. In the case of the Super Bowl, advertisers seem to only have the option to place special content on this screen, like a video, a sweepstakes entry form, or an MP3 download. Unlike QR codes, they need to give you an Easter egg to reward your curiosity.

Many have heard of Shazam, but not enough people use it so that everyone knows what to do when the icon appears on TV. There’s something thrilling in it, as you feel like you’re one of the first to download this app which lets you see the pastel blue egg behind the couch before the rest of the family.

See You at the Grammys

As mentioned before, this kind of ad wouldn’t have much of a place during regular programming, but maybe that’s not the point. Perhaps a better use for these campaigns would be for special events where companies typically buy longer spots and users get enough time to tag the ads. With Shazam-enhanced ads planned for the Grammy Awards on February 12th, we won’t have long before we see if the spots find success in engaging consumers where the QR codes failed.