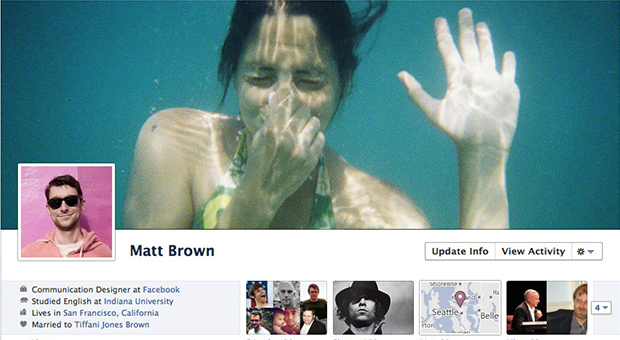 Welcome to the latest installment of The Flightpath Roundtable, where we gather various Flightpath employees for a discussion on the hottest topics in digital.

Today, we discuss Facebook’s latest change, Timeline. Unlike some of the minor cosmetic alterations Facebook has made over the years, Timeline significantly changes the look of one’s profile and the presentation of its information.

Dan: Betsy, I thought we’d start with you. Maybe you can give an explanation of what Facebook Timeline is, for those who don’t know, and what you think about it.

Betsy: So, whereas Facebook used to have segregated content – your photos would be in one place, your status updates would be in another – now it’s all in one cohesive timeline that can go all the way back to your birth. Unless you’re a toddler or a preschooler, Facebook wasn’t around [early in your life]. And so, what Facebook would like everyone to do is to pull out their photos and upload them. Now the danger, I think, that people see, is that this is another way for Facebook to know absolutely everything there is to know about you. And I think that kinda freaks people out, but I think if you manage it correctly, it could be a really interesting tool.

Dan: Do you think it was a necessary change?

Betsy: Well, for one thing, Facebook has never been a particularly beautiful site. And Timeline is visually really interesting, and it is sort of like the voyeuristic fun part of Facebook. Like, going in and looking at somebody you haven’t talked to in 10 years. Now you can see who they married, and yeah, they divorced like you thought they would. [Laughs.] And all that fun stuff.

Dan: Wes, as a designer, what do you think of the look of it?

Wes: As a designer, I think it’s not very UI friendly. There’s a lot going on, and if you want to keep up with your friends’ stuff, it’s showing you too much at once. What I don’t like about it is there isn’t a filter for it. It would be cool if you could do a Timeline of just people’s images, but instead…

Wes: Yeah, it’s everything. I’m not the biggest fan of the left-right-vertical view of Timeline. I would have preferred if they did horizontal and kept everything on one plain. [Demonstrates on computer.] So you see, they do this left-right thing. And I can’t tell what’s the order. Is the left the newest? Is the right the newest?

The photos is where Facebook grasped the older generation. And now I feel like it’s so hard to find [them] and find what’s important. I feel like they went so far, and then they pulled back. If you can narrow a Timeline just by photos, that’s the story itself.

John: I see what you’re getting at, Wes. You have to go through the Timeline to find stuff, as opposed to it filtering out.

I can’t really speak about the UI, but I think it’s a step in the right direction, visually. Just the way sites are, it seems that Facebook in the past forgot about the visual elements. Betsy, as you said, it was pretty boring before. But here, they’re trying to be a little more modular. They’re trying to break things up and organize the content, make it more easily scannable. Did they have to call it Timeline? I don’t think so, I think this is sort of like the new Facebook, or what’s it going to be.

The thing that I find interesting is the fact that they’re opening this up to the development community and allowing them to build apps. And I think it’s gonna be interesting to see what kind of cool apps are going to be available.

Betsy: And supposedly this is going to roll out for [brand] pages in September, so it’ll be interesting to see how they handle that.

John: Yeah, that was kind of the question I was thinking about. How do brands utilize this?

Betsy: Right. Do you want to go back a year and see when Red Bull changed its ingredients, or whatever they added to the Timeline?

John: Yeah, that could be really cool. I think there’s a lot of potential there.

Dan: One of the things that struck me was that when I converted my profile over to Timeline, is that there’s a demo/commercial that shows you what Timeline is. And it’s almost exactly the same as the Google’s “Sophie” commercial for Chrome. The tone is the same, and the content – taking you through someone’s life – is the same.

John: Well, they all kind of copy Apple’s emotional appeal. I mean, you never really think of Google as being an emotional company. I was surprised to see Google come out with a commercial like that.

Wes: What I do love about it is they’re staying true to their 2012 strategy campaign, which is, they’re bringing it back to the human. Because Facebook did get sort of taken over by corporations and businesses, and Timeline does bring it back to emotion. Facebook was originally made for people.

I just feel that it’s weird to continue to show everything. Because after a few months, no one’s going to care about people’s posts.

Dan: Unless you’re doing Facebook Stalking, which people tend to do. [Laughs.]

Wes: Posts become irrelevant after a day. After 10 minutes, posts can become irrelevant. From a user standpoint, I would love to see them filter it more by category as opposed to time. Everything’s in chronological order by the last month.

Dan: One of the reasons why I think Facebook became popular, I thought, was because it was so clean and streamlined compared to MySpace and Friendster. And now there’s a lot of stuff on there.

Betsy: I think people need to go in and clean up their Timelines. Because this can be an issue. People always say, “You have to be careful about what your employer might see!” You might have said something four years ago that – you went to a party and got trashed, or something – and because there were so many likes and comments, that’s gonna pop up on your Timeline. And so you have to go in and make sure that stuff isn’t there.

Dan: There was a Mashable article saying that Timeline is really like your resume now. Do you think there’s any truth to that?

Betsy: One of the political things about Facebook and Twitter is when you joined. Especially if you’re in [the digital] space, how long have you been on Facebook and Twitter, and do you want people to know that, is an issue. Also, you need to control whether or not people can tag you. That seems to me to be an issue for people who are not 23 years old. You’ve had a lot of past relationships, and when there’s a “dumped the loser” kind of post, and you’re tagged as the loser, do you want that in your Timeline for the whole world to see? But you can change in your privacy settings that you get the chance to preview any tags that are back in your Timeline.

John: With the privacy settings, they make changes and they don’t necessarily notify you. The defaults aren’t always in your favor. But that’s been the thing with Facebook since the get-go.

Betsy: But now I think it’s so mainstream and something people almost need, that I think they’ll put up with it. You know, my mother, who’s on Facebook, is never gonna go in and curate her Timeline. It’s just all gonna be out there, and that’s gonna be the case for most people. And they might go in and add life events that, as a marketer, I might find very interesting. You know, that you have three children, and these are their ages, and that you’re divorced, and that you’re converted to a different religion, and that you had a major illness. There are all things you can add to your Timeline, which as marketers, is really interesting.

Dan: Wes was saying something interesting in that they’re bringing Facebook back to “human,” and not so much a corporate identity. Cliff, do you think they’re successful on those grounds? Or is it too early to tell?

Cliff: I think this is as much a marketing ploy as it is a human ploy, because brands are followers of the human condition. And clearly this human condition of 2011, 2012, is that it’s easier than ever to have a pictorial account of life. And I think they’re just on the front end of what companies want. They want more story selling through pictures and words.

Betsy: Marketers always want to capture people in that moment where they’re making a decision. “If we could just know their intent, we could leverage that into a sale.” Timeline is like a reverse look – what may determine your future actions may be what you’ve done in the past, so that’s interesting for marketers.