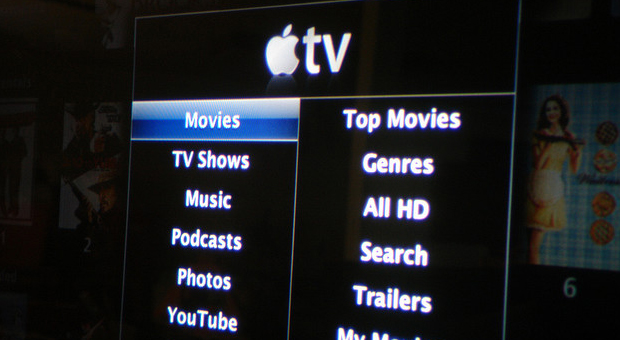 Is Apple building a TV with iTunes built in? The big brother to the Apple TV sidecar?
I found some evidence recently that points to a match made in heaven. If Apple and Samsung can put down the legal briefs and realize there is more money to be made as partners than as enemies.

I’m talking about the Samsung 8000 series TVs, their apps and an amazing new browser.
So why do I say this?

You would think I am writing this from CES, but I’m not. Who needs CES when you can walk into any Manhattan Best Buy, talk nicely to the staff and they will start giving you the remote to every TV in the joint and gladly spend time nerding out with you. My husband built a system for capturing user agent strings. So when I recently tested on of the 8000 series TVs I loaded a few favorite test sites.

One of the pages I loaded saved the user agent string for me. I was able to open up a database tool and see this: Mozilla/5.0 (SmartHub; SMART-TV; U; Linux/SmartTV) AppleWebKit/531.2+ (KHTML, like Gecko) WebBrowser/1.0 SmartTV Safari/531.2+

Sure webkit is open source, and Smart TV appears in the user agent string three times. (wonder who wants to or is trademarking Smart TV…Samsung cough), but after more research on the string, the browser it is listed as Safari. Big deal? I think so.

Apple could have Foxconn or any other of their supplier/manufacturers in China build the Apple TV, there have been reports that  Apple is looking at bids from Foxconn and others to build the Apple TV, but Samsung has been building TVs since 1972. This experience coupled with Apple’s high expectations from its devices requires that they partner with someone. It’s just as easy for Apple to private label the Apple TV or iTV with just a little bit of tweaking.

Who better than your arch rival especially given Apple penchant for drama and buzz creating big reveals.

Apple is in a new realm with electronics manufacturers when it comes to consumer devices that are not in its purview. Panasonic, Sony, Toshiba- all of these companies have worked together for years to standardize and partner on technology sharing. In this area, Apple is the new kid on the block- but the coolest one in the room and as reported by Mashable this morning they have a stack of cash higher than the Empire State building.
Apple may be suing Samsung over the Galaxy tablet, but Apple needs a hardware manufacturer in place that can make iTV cheap.

Apple is making a big announcement at the Guggenheim next week, could it be a Samsung Apple partnership? Stranger things have happened. What do you think?