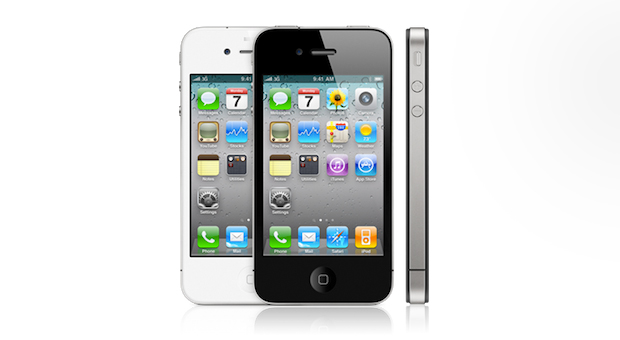 As several of us here at Flightpath took the iPhone 4S plunge, we were presented with another purchasing decision: Which case should we buy? There are tons of options out there that can meet your needs – slim versus bulky, level of screen protection, etc. – but prices vary. Here are three iPhone 4S cases that we love, providing significant bang for the buck. Selected by myself, Tyler Abrams and Denise de Castro.

What initially sold me on this case was this YouTube video demonstrating its extreme sturdiness: An iPhone encased in the SonixShield being rolled over by a 4000lb truck. Of course, I don’t own a truck (let alone a car) and nor do I go around strategically placing expensive phones underneath trucks to see if they survive. But, I did want something slim and sturdy, and this case seemed to be a good balance between the two. It’s a two-piece case, one part consisting of a rubberized plastic that wraps around the sides with an embedded aluminum plate that covers the back, and the other part that snaps on the front to hold the phone in place. In my hands, it definitely feels strong and you can tell the phone is fitting snugly inside (I really had to jam the phone in there when putting it together). I tend to be fairly careless about portable electronics, so I feel pretty confident that this case will keep my iPhone safe and sound. I did come across two downsides with this kind of case: 1) The front piece that snaps on was difficult to install, which in turn caused me to break one of the pieces that holds it in place. The case still works fine and you can barely notice the breakage. 2) The case really form fits to the iPhone, so it’s not easy to take it out of the case if you need to frequently clean it or dock it in some sort of station that doesn’t have enough room.

I wanted a case that was unique and would protect my phone from scratches and the occasional drop. The size of the case was another key factor – I wanted something thin and sturdy. I’ve seen cases that make the phone look like a tank – that was a look I wasn’t going for. I almost went with a custom bamboo case, but didn’t want to cough up $80 for it.

So I went to Case Mate, the site where my husband bought his Carbon Fiber case for his new iPhone. I noticed the “DIY Design Your Own” cases and checked it out. With a reasonable price for a custom design case ($35) I decided to give it a shot. It took me a week to finalize the design, because I couldn’t decide which photo to use. Then I had doubts about what the final product would look like. So I checked YouTube and checked out videos of other custom cases.

It fits nicely and it’s thin, meeting my requirements. I think it would look better if my iPhone was black, but what can you do…I actually already dropped it, and it’s fine, so I’m confident it will provide good protection.

If Batman was looking to buy an iPhone case, he’d buy the OtterBox.

I usually take really good care of my electronics – game consoles, TVs, computers, iPods, etc. – yet with my phones, for whatever reason, I tend to drop them. I’ve never actually broken one, but I drop them. I also, often times, toss them into my backpack or onto the passenger seat when I’m driving, where they can bounce around and maybe get damaged. And I do a lot of outdoors stuff like fishing and hiking. So it was important to me, in getting my first iPhone with the 4S, that I get a case that could withstand the occasional dumb drop, toss, or outdoor excursion.

After doing some research, I decided on the OtterBox Defender Series, and I’m glad I did. It’s slightly bulky, which may be a turn off to some people, but never mind drops – I feel like I can stop bullets with this thing. It actually encases the iPhone in a hard shell, and then encases that in a rubber exterior; the screen is protected not by a flimsy plastic sheet, but by actual glass, which doesn’t impact the touch screen functionality at all. And it has flaps and holes to allow for camera use and easy plug and headphone access. (It also features a cut out for the Apple logo on the back, so I can still show off to everyone that yes, I’m using an iPhone.)

Ultimately, I’m so confident that this will protect my iPhone, that I’m really wondering if I need Verizon’s insurance plan. I just can’t picture anything damaging it while in the OtterBox.