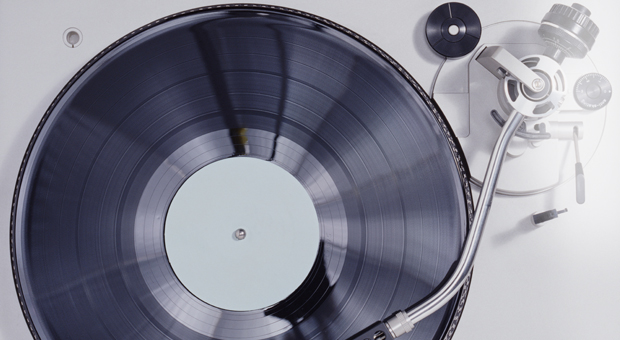 There are some hardcore music nerds here at Flightpath. Sometimes there’s crossover between our tastes, sometimes not, but everyone has his or her favorites. (Personally speaking, my love of ELO, the Beatles and Guided By Voices is well-documented around the office, to the point where I’m sure everyone wishes I would just shut up about them already.)

Anyway, just as we make connections with music that speaks to us, so do we make connections with web sites we trust that cover music. So, without further ado, here are our favorites, selected by myself, Tyler Abrams, Mike Liss and Roxanne Oliver, in no particular order. (Our only rule: none of the biggies like Pitchfork, Stereogum, Rolling Stone, or sites like last.fm.)

Dust and Grooves – As someone who owns probably around 600-700 CDs, this may seem like an odd choice. But about a year ago, I made a conscious decision to switch to vinyl, and this site expresses why. It’s a photo and interview blog, where site creator Eilon Paz visits vinyl collectors around the world to photograph their collections and talk to them about their love of the format and music. It’s beautiful stuff. The photographs are stunning, mixing black & white and color, and capturing the beauty of an old vinyl record and a shelf completely filled with albums. Dust and Grooves will remind you why you love your favorite albums, and what you’re missing out on when you only experience them through iTunes or CDs. – Dan

Tiny Mix Tapes – A few years back, I had a slight obsession with this thing called the  “Automatic Mix Tape Generator,” a section on Tiny Mix Tape’s site where anyone can submit an idea for a mix tape and, in turn, receive a track listing based on that idea from volunteers dubbed as “Mix Robots”.  At the heart of the site, though, is the music review section, which is split into 3 parts: Featured reviews targeting the mainstream and not-so-mainstream, Delorean reviews for the pre-TMT music that demands to be re-heard (or buried further away from the public), and Eureka! reviews for the ultra-obscure/experimental music that most shy away from.   The thing that keeps me coming back to TMT is the down-to-earth style of the reviews, where the reviewer doesn’t float up into some music critique bubble that only other music critics can understand. – Tyler

All Music – I hope this doesn’t cost me too much cred, because it is a bigger site, but I’ve always found All Music to be a good resource. Essentially a library of reviews, you can find information on just about any album here. What I like most is that the reviews don’t exactly seem unbiased – they’re written more from the perspective of, “If you’re already a fan of this band, here’s what you’ll think of this album.” And in most cases, I agree with them. (As a Beatles fan, I’ve always liked their appreciation of current-era Paul McCartney, which I think features some incredible work and isn’t quite lauded enough.) Whenever there’s a new release that I’m excited about, the first thing I do is check All Music to see what they thought. That’s a high compliment for a web site. – Dan

La Blogotheque – Is most well known for the Take Away Shows, a series of very personal, acoustic videos that are directed by Vincent Moon. The English site is only translated for that Take Away Shows, but if you happen to be well versed enough to read French, La Blogotheque’s articles are insightful and reflect the same spirit of the videos. – Roxanne

OMG Vinyl – Another vinyl blog, but this one is simultaneously a vinyl/news/reviews/deals site, and sticks the landing for each. It also touches on a lot of genres that I don’t get that much exposure to or gravitate towards, so it’s a good way to get me out of my music comfort zone. – Dan

Gorilla vs. Bear – The exponential growth in music production is just way too overwhelming sometimes, with artists cranking out a single every minute, and then other artists swooping in and remixing those singles or mashing them together with other singles.  What Gorilla vs. Bear does is handpick the good stuff from the junk pile and posts about 4 or 5 of them on a single day.  And on slow days, there will just be one post.  At last, the current amped-up music production scene is finally distilled into this tiny and minimal site so you don’t short-circuit from music overload. – Tyler

NPR Music – In my humble opinion, NPR can do no wrong and the music section of their website is no different. From up-to-date news, the First Listen segments, and Tiny Desk concerts of some of my favorite musicians, their dynamic content always makes for a good read and listen. – Roxanne

BrooklynVegan – Staying up on your favorite bands coming through the city used to mean grabbing a fresh copy of the Village Voice every Tuesday night and pouring over the music coverage ads. But for the past few years, if you keep at least one toe in the New York City live music scene, you follow BrooklynVegan.

A self-described “NYC-centric mostly-music blog,” the site focuses on music news, show listings and reviews, concert pics, MP3s and much more. In a world of cooler-than-thou music tastemakers, BV cuts through the snark with zero attitude and coverage of bands from a broad range of genres and levels of success. And because it’s still primarily run by a single person, it feels more like getting tips from the best-versed friend you could have, rather than the anonymous editors of some glossy.

A full-fledge community eco-system lives through the comment posts, where you can find everything from what time the band you’re seeing tonight took the stage last night to why Anonymous 10:17 and Anonymous 11:04 can’t stop flaming each other. Since while BV keeps its coverage on the level, when it comes to the back-and-forth of the comment boards, it can quickly devolve into third grade recess at the Coolest School in Williamsburg. And hilariously so. – Mike

The Hype Machine – A Tumblr-based music blog, which means the content is consistently being updated/re-blogged. Despite being mostly based in a hipster/independent audible aesthetic, there is not a day that goes by where I do not discover a new band or song that makes me want to buy an album. That being said, it is wonderful for supporting new and upcoming musicians to gain notoriety, however dangerous for my bank account. Venture wisely, but with enthusiasm! – Roxanne

Low Times – Just prior to this post going live, I listened to the debut episode of the Low Times podcast. The show features Tom Scharpling (host of The Best Show on WFMU), Daniel Ralston and Maggie Serota all interviewing different musicians (in this episode, they talk to Janet Weiss, Owen Ashworth and Catherine Popper, respectively) for extended periods, taking advantage of the podcast format to set their own pace, tone and length. The talks are both smart and funny, unfold naturally, and the hosts give their interview subjects room to breathe while still injecting their own personality into the show. (I particularly liked Scharpling’s question, “Was there music when you were a kid that you were not allowed to listen to? Was there anything your parents drew the line on?” because it’s something we all went through, but I’ve never heard asked to an actual musician before. And kudos to Serota for getting Popper to discuss jamming with Chevy Chase.) It’s clear that they’re real music fans, knowledgeable and curious about their favorite bands and records. I’d encourage everyone to get on board now. – Dan