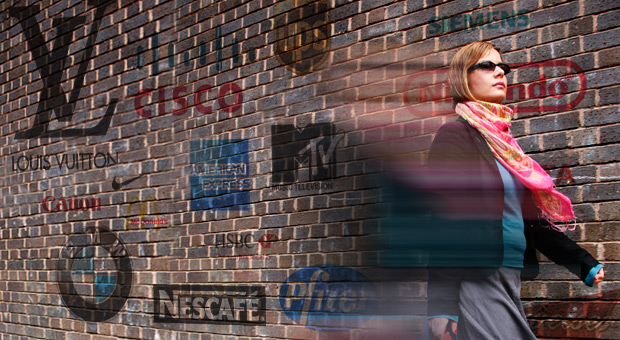 There is clearly more information trying to enter our head and heart space than ever. Streams and reams of Tweets, Facebook posts, and YouTube content combined with commercial messaging in every shape and size, trying its best to influence an attitude or transaction. Before social media and mobility, the noise level was high on a seasonal basis during things like holidays, but manageable the rest of the time. Now, as the cliché goes, it’s “24/7” noisy. It’s amazing that any brand has any significant recall or unaided awareness or is able to capture eyeballs, let alone get someone to blink!

The original idea of “disruption” centered around shock value in service of getting attention or market share. Disruption occurs only if the brand “activist” can say “got ya.” Got ya to pay attention or most poignantly, disrupted the individual from another engagement and got an action/transaction. Hip hop artists including EMINEM and energy brands such as Rockstar and Monster were disruptive from the get-go and the status quo. It’s not that EMINEM is just an in-your-face artist, it’s that he’s a down-your-throat lyricist that motivates his fans and adversaries to listen forcefully (not passively) and react. Simply, if there is no reaction, there’s no disruption.

So what exactly is disruptive messaging and what makes something disruptive or not? On YouTube, a video goes viral because it is crazy funny, outrageously stupid or in some other way uniquely entertaining – or maybe because it’s commercially/financially supported. Given disruption is all about the status quo being manipulated – in all forms of content today – Rebecca Black’s “Friday” is the it girl of disruptivity because it pushed people’s buttons in a way rarely seen. The reaction by way too many was over the top mean, but the millions of aggregated views and of all the knock-offs and parodies illustrates today’s reality that commercial or otherwise manufactured content, for better or worse, can be wildly disruptive through social channels. Old Spice, with the “Your Man” campaign, gave the world a smell of disruptive engagement with an over-the-top idea that mixed inventive production values with social and traditional media. While the brand had made significant strides in reinventing itself before the Old Spice dude came on the social seen, it really lost all of its historical baggage (of belonging/smelling like dad) through him. It was beyond disruptive.

While some love to say that with social, the “medium is now truly the message,” I say just the opposite. Facebook is no more the message than ESPN; content (user or commercially generated) is what makes both of these the category killers of their respective and intersecting platforms. What’s true is social media enables commercial messaging to be more strategic, targeted and engaging, and therefore, compelling. But truly disruptive messaging provides the breakthrough element against competitive realities, let alone high decibel reality.

There are three simple things that make for successful disruptive messaging in traditional and social media:

1) World Play – Puns, provocative hooks, profanity, entendres, acronyms, broken up words (to-get-her), and the slight/unexpected word in a sentence that grabs attention and gets a re-look. The highly successful brand, Kind, has used “nuts” in almost all of the above ways to its advantage, be it in its Kindness truck tour, outdoor boards, web-site and social media.

2) Visual Intensity – Photoshop and computer aided design/manipulation has made it common to be and see outside reality. Design language is so good and consistently original across media and virtually all consumer categories that, in a nutshell, we are living in a disruptive design age where so much of what grabs us only has us for a second until the next grabber.

3) Playing to Interrupt-ivity – Social media, especially Facebook, engages us in a totally interrupt-ive way with friends, family and cravings. Unlike sequential media (like a movie or book), the wall on Facebook is in a constant state of “posting interruptions,” and to get noticed, the human in us needs to respond with provocative/OMG language, ridiculous photos and all kinds of updates.

So remember, if you’re looking to grab attention or make an impression, in social media or an encyclopedia – a little play on words – don’t be literal, be satirical. Or be silly or a little bit snarky. Regardless, let’s all give it up to those who disrupt!