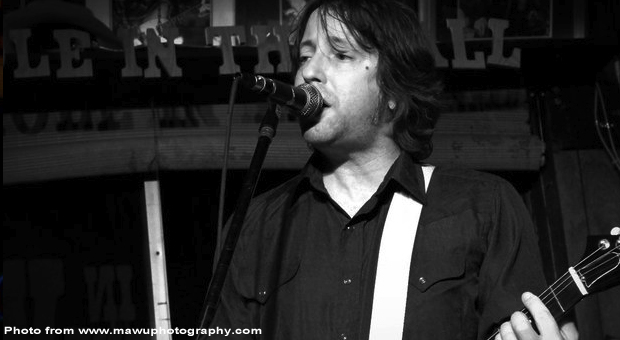 Fastball and its co-lead singer, Tony Scalzo, first found success with the band’s 1998 hits “The Way” and “Out Of My Head,” which became radio and MTV staples just prior to the rise of Napster and the Internet’s leveling of the music business. But even as the industry changed, Fastball continued to create its own brand of tight, catchy and smart records, quietly resulting in a stellar catalog. Throughout, Scalzo’s blend of Paul McCartney-esque melodicism and craftsmanship with Elvis Costello-style wordplay has filled Fastball’s albums – including the group’s latest, 2009’s excellent Little White Lies – with numerous pop gems. Now, Scalzo is planning his first solo album and has turned to Kickstarter for help in making it happen. At Kickstarter, fans pledge at different levels to assist in funding creative projects of all kinds, from albums to movies, in exchange for certain rewards. The rub: if the monetary goal is not met by a certain deadline, the artist gets nothing.

We recently spoke with Scalzo about why he’s using Kickstarter to get his solo project off the ground, his views on the Internet and its role in music today, and what it’s like to play a concert in someone’s home.

Flightpath: Fastball’s last album, Little White Lies, came out in 2009. What made you decide that now was the right time for a solo album, and what led you to Kickstarter?

Tony Scalzo: Well, [Little White Lies] was over two years ago. We went on tour with that record, probably put about 45,000 miles on the road. Three or four months of touring, opening up for Sugar Ray for a month. We were totally active. We did lots of radio stuff. A lot of that touring though, we really didn’t make a lot of money, because we were piggybacking with Sugar Ray. It was supposed to be an exposure thing, but unfortunately, the tour didn’t really do us much good.

So we basically struggled through the process of paying for the record we’d made, and our touring [profits] went to paying back the credit card debt we’d incurred recording Little White Lies, which was substantial. And then last year, ironically, having not really put out anything for a year, we played a lot of one-offs all over the country, and we did really well [monetarily]. And we still do that; we’re planning on having a really big summer of weekend shows. It pays the best and we get to stay home for most of the week.

So anyway, I guess about seven months ago, Miles [Zuniga, co-lead singer of Fastball] starting working on his [solo] record. He has lots of songs that he’d been writing over the years. And he got that going, and I watched how well he did on his Kickstarter program to get the money together for his. So you know, it’s a great tool, where you don’t really have to put yourself in debt [to make an album]. The only thing you have to do is honor the rewards that you promise people for donating. Some people see a lot of value in some of those rewards, so they’re willing to throw down and be a part of the actual making of a record. And I think that’s really cool. I don’t know if I’m going to do quite as well as Miles did. I’m kind of behind right now. But I’m happy with the way I’ve gotten tons of support.

Flightpath: How did you come up with the rewards? It seems like you had a list of everything a fan could dream of. It was like, “Autographed CD, check. Unreleased demos, check. Acoustic concert in my home, check.”

Tony Scalzo: Yeah. I went around the whole Kickstarter site to see what other artists were offering and how much they wanted. I just sort of went from there and decided what I didn’t want to do. I didn’t really want to call people and wish their mom a happy birthday, or sing to their mom. [Laughs] That’s cool and all, but it’s not really what I’ve got in mind.

But I have some other cool things, you know, like recording a video of me in my house, singing a song [on request]. I like the [listening] party idea, to get those mid-range pledges all together and have a party. Treat them to some drinks.

Flightpath: You also already have a pledge at the $2,000 level.

Tony Scalzo: That’s true! That was like, the first day, too. So you can imagine, I was like, “Oh, wow, this is going to be no sweat.” It happens to be someone I knew, and someone local, which is awesome.

Flightpath: Have you ever played someone’s house before?

Tony Scalzo: Oh, yeah. It’s usually a pretty special thing. It’s pretty worth it. Miles and I have done a lot of that kind of thing, and actually plan on doing more of it in the future.

Flightpath: If this works, do you think you’ll stick with Kickstarter for your next album?

Tony Scalzo: Well, the record, it’s gonna be a long time before this whole thing is complete. I think it’s a little longer than a lot of people might think, too. Miles’ record is still not out, and he got his funding months and months ago. I’m not saying that I haven’t started, ‘cause I have. I’ve done some basic tracks, but it’s gonna be a little while in that studio. Then there’s the manufacturing, and I plan on getting some promotional people together. To really have a campaign, you have to.

Flightpath: That was one thing that struck me in your Kickstarter video. You’re kind of listing all the things that are going into this, and there are some things that I’m guessing you’ve never done before. Stuff like manufacturing the CD, and just being in charge of the whole project in a new kind of way. How do you feel about that?

Tony Scalzo: Well, I must say — this is important, because this is the new world, right? And you know what? Having done really well in the old world [Laughs]…the new world, for musicians and artists having to deal so much with business, it distracts. There is such a thing as separation of left and right brain, and it takes away. I’m not writing [songs] for the last couple of weeks. I’m playing a lot, because I’m doing gigs, but I’m dealing with [trying to finance my album]. I do have those [business] fears, which I think is legit. You end up becoming a record exec instead of a musician.

Flightpath: In the Kickstarter video, you talk about how with today’s digital technology, anyone can make records in their basement, or wherever they want, for really cheap, but that you’re used to working in studios to create better sounding recordings. And you can hear it on the Fastball records. With tracks like “Wind Me Up,” there are layers of harmonies, guitars and strings.

Tony Scalzo: It’s true, man. I have to be honest. If anybody thinks that I can just go and make a record in somebody’s kitchen on substandard mics and all digital, and do the kinds of things [I want], and reach the standards that I have with Fastball, they’re just wrong. There are fans that are going to be short-changed.

Why should the quality of music go down with the technology going up? If I want it lo-fi, I’ll do it. But the stuff I do, I really want all those textures, and I want fine lines. I want those values in there. It’s super important to my fans. I know that. That’s why they like Fastball.

Flightpath: Can you talk a little bit about how you’re approaching the writing and the creation of the album? It’s the first time you’re really doing it on your own.

Tony Scalzo: Yeah, and at the same time, I have a team of a few people, including the guys in my [solo] band, that I’m working with. We work out a lot of the songs in rehearsals and at shows. These new songs can be heard live. I do play them live. They’re not recorded yet; they’re only in demo form. One of the rewards, which I think is cool, like we talked about, is the demos of all these songs. You get to hear the evolution of the album.

So I work all that out with the band, but I call the shots, as far as the final word. But it’s great to bounce ideas off people. I can’t just run in and play all the instruments. I’m gonna get a lot of ideas from the musicians that are gonna play on it. There’s already a couple of tracks that are underway. We’ve got drums, bass, acoustic guitar and scratch vocals on three songs. So, we build on those, which are gonna be the nucleus of the record.

Most of the songs are written, but not all the songs are completed. I think that I’m gonna be running around last minute, writing lines and filling in things. That’s the way I’ve always done stuff, and that’s the way Miles has always done stuff. We both get to an impasse and say, “Okay, I’ll see you in about 10 minutes,” and run off somewhere and try and figure it out. And one of us comes in and makes it work. So, I’m looking forward to that stuff. That’s the real energy of creation. That’s when it really feels like you’re doing something.

Stephen Belans is producing it. I’m actually gonna be using Joe Blaney [to] mix it. He’s done Keith Richards’ solo records, he did Combat Rock by the Clash. He’s just an awesome guy and I’ve been wanting to work with him forever. I’ve got George Reiff playing bass on a couple of tracks. He plays with Jakob Dylan.

Flightpath: Will Miles play on it?

A lot of it’s gonna be along the same lines of what people expect from me. Hooky melodies. I don’t really like to go off into Radiohead land. I think there’s too many bands doing that anyway, and I like to hear a tune.

There’s a band called The Belle Brigade, and they’re incredible. They sound like Simon & Garfunkel meets Fleetwood Mac, circa ’75. I’m going to be using their record as a textual template. You sort of bring records to the studio, and you A/B them with what you’re doing. “Does it come close to this? Are we getting in that zone?” In Fastball sessions, we’ve always tried to make things sound like the records we love.

Flightpath: Finally, as a musician, how do you feel about the Internet? On one hand, it’s kind of responsible for the destruction of the industry with file sharing, yet on the other hand, it’s given artists new ways to promote their music or even with Kickstarter, to fund it.

Tony Scalzo: I think the Internet is awesome, and I think we’re just trying to figure out how to optimize it. I get a lot of new music off the Internet, off of things like Facebook, especially. Just that one little vein of social networking really provides the bulk of my informational intake. I find out about new bands, I find out about local stuff. Also Twitter, you can put up links that get out to a lot more people a lot faster.

With Kickstarter, so many people are throwing down and showing support. They can also help by just sharing the link. So that’s awesome. I think there are ways to really optimize with Kickstarter.

You can view all pledge rewards and donate to Tony Scalzo’s album at his Kickstarter page. For the latest on Fastball, visit their official site.