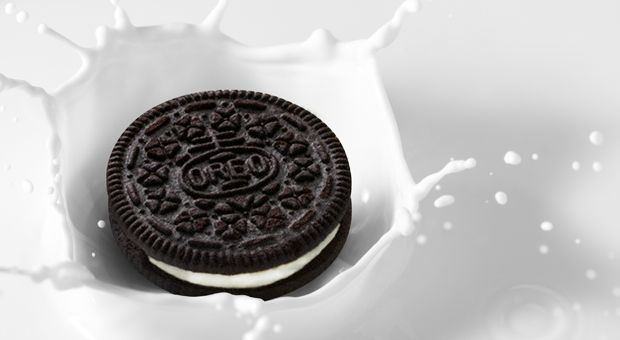 Oreo is dead set on bringing that infamous “twist” to the Facebook world. And they’re doing amazing things. Recently, they were focused on breaking a Guiness world record by encouraging their fans to like a specific update with the goal of setting the record. It’s making a pretty big splash, or a colossal milk-dunk, the way that only Oreo can. But this recent attempt and others have me thinking with my marketing cap on and wondering: What’s really more valuable substance or splash?

Now, I’ll be fair to marketers and agencies that deploy these splashy tactics. Our first and most important job is to get people talking about the brand or company. There is no better way to do this than with some out-of-the-box campaign to create buzz. However one has to wonder about the long-term value in these efforts.

A smaller attempt to generate excitement has been the explosion of one-off social media campaigns. By this, I mean the thousands of contests and sweepstakes that companies use to build excitement about their brand and generate a larger fan base in the process.

A new study published by Co-Tweet (ExactTarget) reports that over 25% of Facebook users have admitted to liking a page to take advantage of one of these types of campaigns, but then, unlike the page once the campaign concludes. According to the same study, the relationship between a brand’s page and its fans is very fickle. More users than I would have thought take that step and unlike a page. What does this mean for marketers? Well, let’s backtrack to our ultimate hope when running a splashy “impact campaign.” Typically, our goals are to increase the fan base, and then, hopefully, convert these new fans into brand advocates—because of the positive experience and engagement levels on our page. This study tells me that, while the first part may succeed, it doesn’t guarantee the second part will. It is a lot more difficult to convert fair-weather fans into brand loyalists.

The lesson is that it takes work to transfer splash into substance—and you might lose some numbers in the process. A complete strategy for running an impact campaign has to address both issues: acquiring new fans and building brand affinity. There needs to be a dual focus to avoid the fallout that comes after a big splash. But don’t be discouraged, these one-offs do have plenty of value that can make a real impact. Just know that they are most valuable when properly balanced.