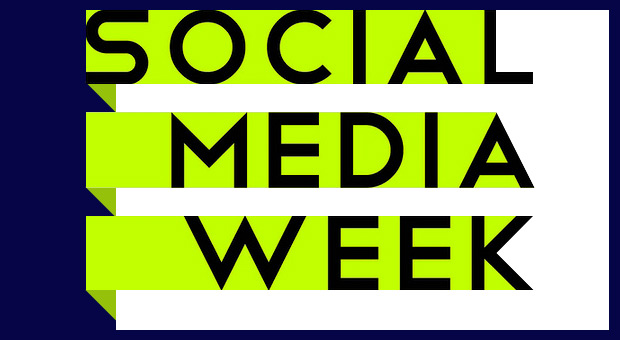 I could write with a lot of passion about my day at Social Media Week Boot Camp (#smwcampny) all the great sessions, the cool things I learned, and meeting some wonderfully creative and inventive people.  But that would be too easy, and besides, I’ll include a couple of key links, Twitter handles, etc. for you to get the information directly.

The beauty, the reality is the longer I am in the ever-evolving world of social media, the more I see the reality of real openness and sharing. It’s a truly “real time” re-definition of communication transparency, corporate and societal. Compared to partially closed societies, authoritarian nation-states, or even less evolved organizations, the overwhelming sense from a conference like #smwcampny was being in the widest, most open ecosystem of people, places, and things imaginable.

Being on the inside is everywhere on the social web. Therefore, ironically, it makes the inside irrelevant. The “back office” complaints of yesterday are totally done, gone.  Anything a company does can be C-suite level concern incredibly fast.  United Airlines was highlighted at #smwcampny regarding the widely known, like 9,000,000+ YouTube view known,  guy who wrote and sang some damn good songs, glorifying (gore-ifying) United’s total disregard for his guitar. It just proves you don’t mess with a guy’s guitar, even if his name is Dave (and not Slim) in today’s often overexposed social media world.

I’ll take liberty to reflect a little bit here. I have been in love with the idea of totally exposing yourself (in a non-porn kind of way) since watching the value of it in my third-favorite movie of all time, 8 Mile. The essence of this kind of exposure is revealed in the scene where Eminem as “M” freestyles against the reigning champ Papa Doc. M totally outs himself about his pill-popping mom, along with his upbringing and various other issues, including a friend who shot himself—all so Papa Doc would have nothing to say that wasn’t already said. M not only understood the power of transparency, he got the social media reality of today that being first out and owning (therefore managing) even negative stuff is a success-driven strategy.  BTW, how hot is Mr. Mathers after the Chrysler “Detroit” Super Bowl spot? He’s been trending on Twitter and huge on YouTube. Gotta love how he always connects his humanity to his world at large…very large.

My final reflection is about what was so great about #smwcampny. It was the breadth of involved people, from the highly experienced to newbies in marketing or the social space, and in some cases, both. This is what made it a Shake-Your-Boot-Camp kind of event. See some of #smwcampny for yourself, and/or follow these tweeps who I got to see and really rocked as embracing and engaging presenters: