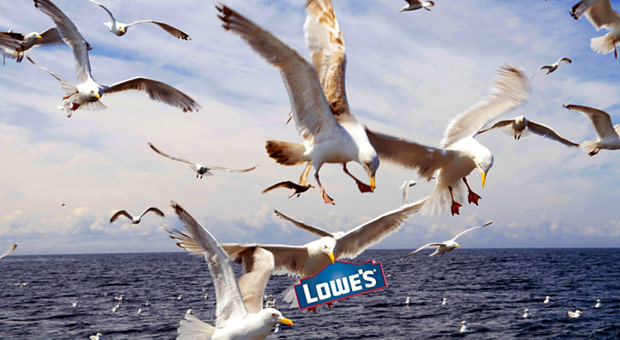 Black Friday is the biggest shopping day of the year.  People wake up early from their food comas and rush to the big retail stores in the hope of scoring a great deal. But why wait until November 26th for special deals? Lowe’s Home Improvement realized this and leveraged Facebook to run a promotion called “Lowe’s Black Friday Sneak Peak Party.”
Lowe’s idea was to get Facebook fans to RSVP for the event a week before and get the buzz going.  Then, starting November 5th at midnight, customers waited for Lowe’s to post links to 90% off coupons on various products on their website.  There were thousands of coupons available for the duration of the event, so if you acted fast, you were bound to get a deal.

Being the avid shopper that I am, I RSVPed for the event but actually forgot about checking in at midnight to see what offers were up for grabs.  Turned out to be a good thing, because later that day, I found a stream of negative comments on Lowe’s Facebook wall.  Apparently, at midnight on Friday, 11/5, Lowe’s Black Friday Sneak Party kicked off according to plan.  Then, the first deal for 90% off a KitchenAid stand mixer went up, causing hundreds of shoppers to rush to lowes.com.  That first wave of shoppers caused the site to go down.  And not only that, but Lowe’s did not post the coupon code promptly after announcing the deal, leaving users impatiently waiting and confused.  Another big slip-up was Lowe’s not sticking to their word by posting deals when they said they would, leading to more than 1,000 angry comments on their Facebook wall.

How the promotion failed

A great campaign can easily go sour if not executed properly.  Here are a few hiccups that made anticipated fun turn into a harried ordeal.

How to do it right

From my past experiences as a shopper, and working on many client websites, here are some tips to take into account when launching a promotion:

Social media platforms are a viral medium.  People spread the word on good experiences and bad ones, too.  So even if there is a bad experience, try to turn it around.  Acknowledge you slipped and make it up to the customer.

From this Lowe’s promotion, I did not get the 90% off coupon that I originally wanted, but I received a consolation prize of 20% off a specific product.  And I received $10 off my purchase.  Was $10 worth my time?  Maybe not.  Will I participate in another Lowe’s promotion?  Probably, but that’s up in the air, too.