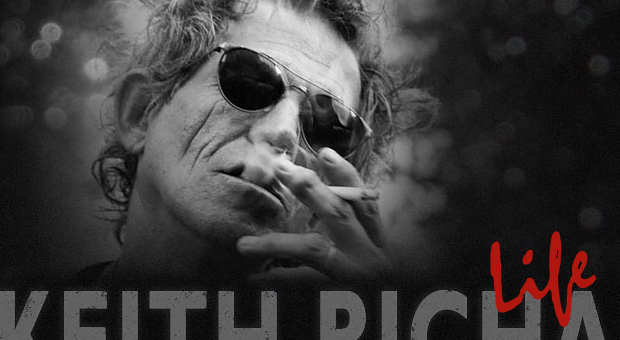 Keith Richards’ new autobiography Life debuted yesterday, and from what I know about the man and his band, the book must truly be full of it!  In the best, most irreverent, original kind of way, of course.

Keith’s book of Life has a great digital consciousness including a cool, but understated site, www.KeithRichards.com, and all the expected social links. Though I will say, Mr. Richards’ fandom and followings are not-unexpectedly small (given his generational chords); while, his publisher – Little, Brown – has a quite robust social outreach.

So, even before listening to his own introduction to the book, uploaded at www.keithrichards.com/Life, you get a flavor for just how real the book and experience is going to be.  This digital primer provides the emotional glue to the man and his place in the world that a book by itself could never really do.

Little, Brown has done a great job using Twitter in the days leading up to the book release, from seeding bite-sized juicy quotes and factoids, to trivia question giveaways, to even seeding clips of Johnny Depp reading the audio book. Fans have been posting about the book to Keef’s Facebook wall as well, adding fan drawings, photos of ticket stubs and more.

There are some missed opportunities here, too. Keef’s Twitter feed is clearly the work of a publicity team, and has no feel of coming from the man itself – a shame when you have one of the most unique, defining personas of the past 40 years of pop culture to leverage. There’s no sense of interaction between the icon and his fans on Twitter or Facebook, which many followers now rightly come to expect.

Nonetheless, how fitting that such a historically-significant musician from one of the most defining bands of any generation writes a memoir titled Life and it actually comes alive, in an emotionally relevant digital experience. Proving once again, as we inch towards 2011, that it now does take a “digital village” to really tell a story for this generation, let alone telling the amplified story of a musician for any generation!